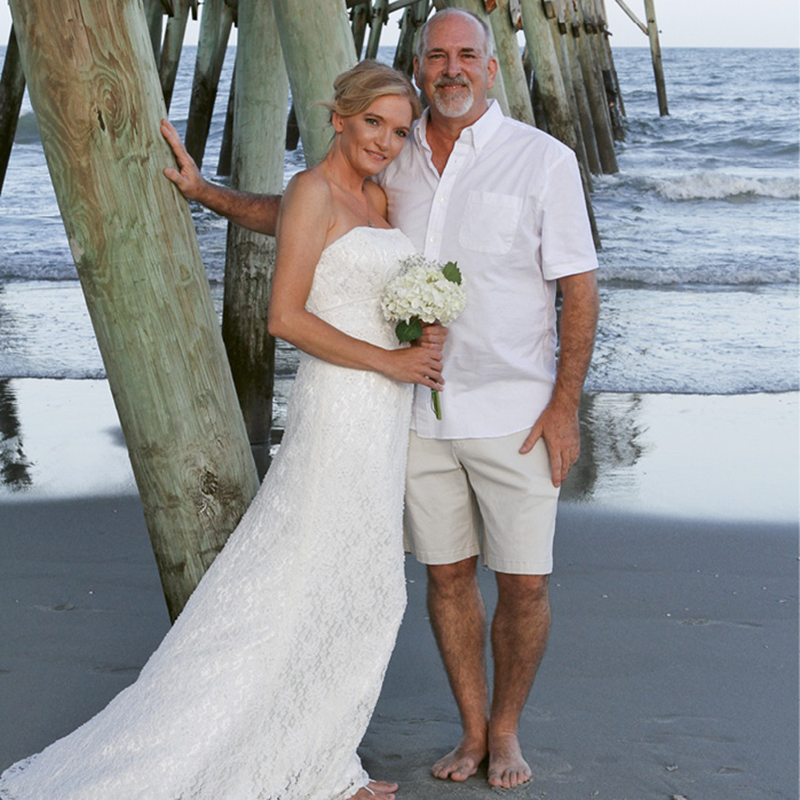 Ricky saw Pam at her cousin’s bar that had just opened and started going there often to see if she was there. After four months, her cousin finally introduced them. After a year of dating, Ricky proposed sweetly and simply. They both knew they were meant for each other and that being together forever was the only option. He asked and Pam said yes! The ceremony was held on the beach in Surfside Beach. It was intimate and was officiated by the Reverend Benjy Simmons. Pam and Ricky live in Hartsville.