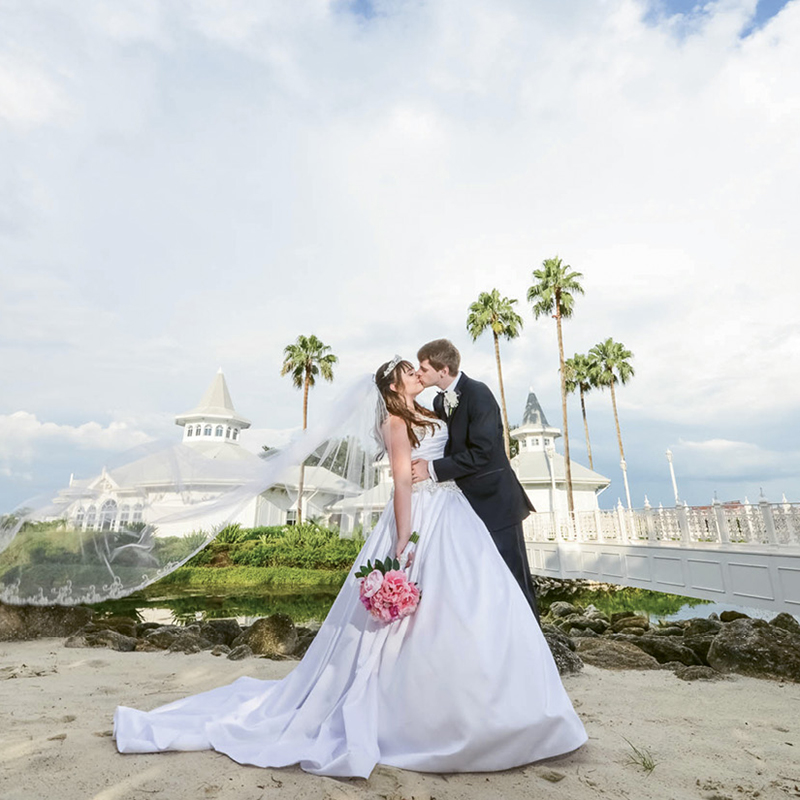 Jack and Meaghan met in 2010 on the Norwegian Epic cruise ship when they were just 14 and 15. It was Meaghan’s first time on a cruise, which was to celebrate her parents’ wedding anniversary. Jack, who was also on a family vacation, was in the cabin next door. They spent hours together talking. They went their separate ways after docking, only to realize they truly cared about each other. They had a long distance relationship for eight years, during which Jack attended Meaghan’s high school prom at Aynor High and Meaghan studied abroad at Jack’s university in England. Jack took Meaghan to Venice for a trip, where he proposed at a beautiful restaurant overlooking the water. The destination wedding took place at Disney World, where the pair went for a Cinderella theme with fuchsia, silver and white. The day after, they headed to Magic Kingdom with their guests, where everyone had a blast on the rides. The couple lives in Bloomington, Indiana.