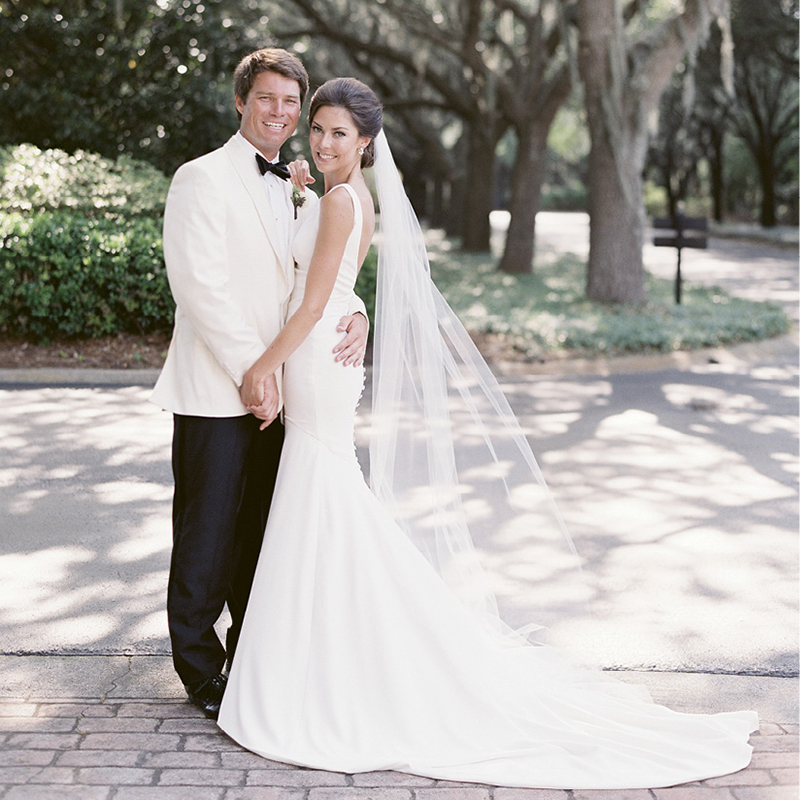 Mary McLean and Kevin met at a bar in Charleston. He walked over, introduced himself and showed her a photo of his yellow lab (which she says was a cheap shot). He got her number and asked her out on a date the next week, to which she said no. He made several more requests, and she eventually agreed. After four and half years together, some of her family was in town and they went out on the boat to Capers Island. While there, Kevin told Mary McLean he couldn’t find Andre, her puppy. His plan was to have the two of them go looking for him so they could be alone on the island, but she said they should split up to cover more ground. On the way home, they stopped at the Isle of Palms Marina and almost everyone got off the boat. When Mary McLean turned around, Kevin was down on one knee with a ring. The ceremony took place at the DeBordieu Club in Georgetown and featured a clean and simple look. The flowers were all white, including roses, hydrangeas and peonies. The couple’s nieces and nephews were there as attendants, which made the day even more special. The pair lives in Charleston.