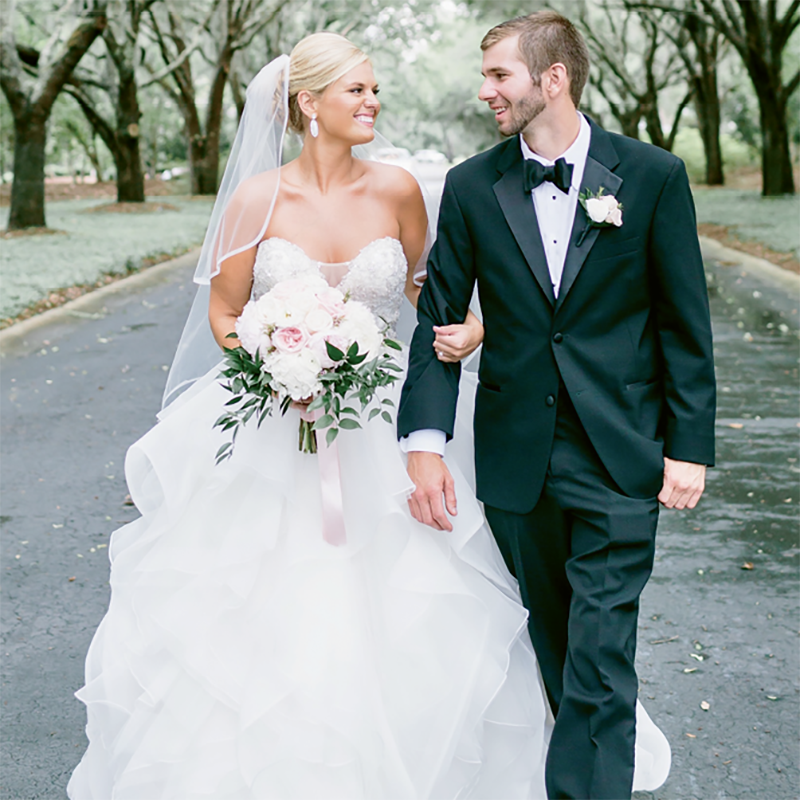 The couple met while attending Western Kentucky University. Nick’s fraternity rented out a cabin, and Mary Margaret ended up going with one of his frat brothers as a friend. There was only one issue…the TV in the room she was assigned to was taken over by a Duke fan. She refused to miss the UK basketball game, and when she spotted Nick watching it the rest was history. They remained good friends, but both moved and spent the next three years in separate cities after graduating. When Mary Margaret accepted a new teaching position in Lexington where Nick was living, they were excited to start a new chapter of their lives together. Nick proposed during a weekend getaway at the Greenbrier Resort in West Virginia. South Carolina has always been a special place to Mary Margaret, since she has been vacationing in Pawleys Island since she was a baby. They opted for the beauty of the DeBordieu Club for their destination wedding. Mary Margaret and Nick live in Lexington.