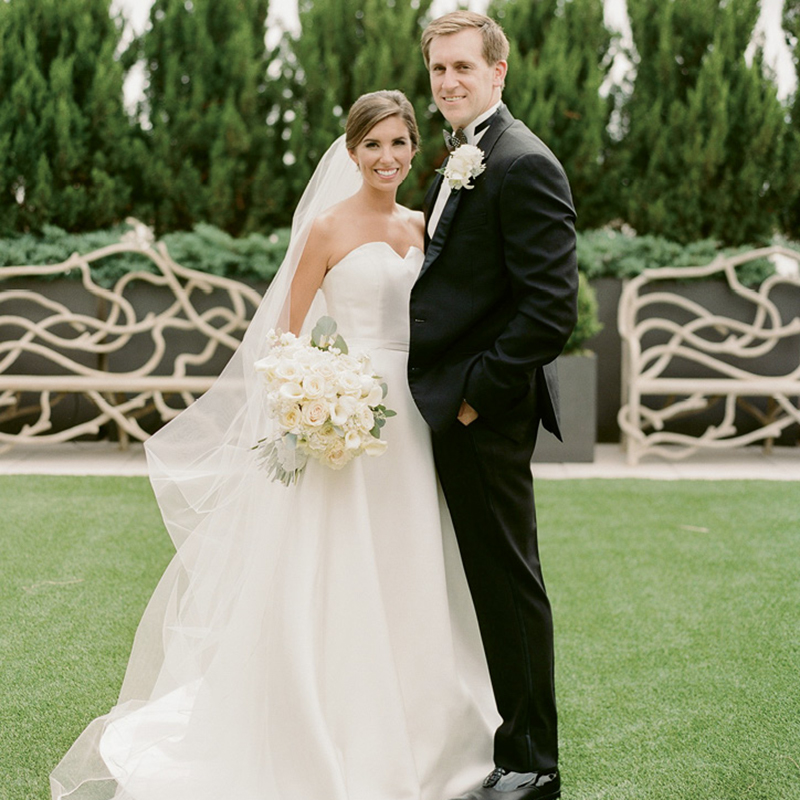 Lindsey and John met at the University of South Carolina. She stayed in Columbia after college while he moved to Atlanta for law school, and the pair was long distance for over six years. They eventually relocated to Myrtle Beach. Lindsey told John she knew him too well for a proposal to be a surprise, but he proved her wrong. It was Labor Day weekend and they were going to Ruth’s Chris for dinner with his parents. They had a few minutes to spare before the meal, so they decided to grab a drink next door at Anchor Café. As they walked the boardwalk, John got down on one knee. When they got to Ruth’s Chris, not only were John’s parents there but Lindsey’s parents, grandparents and closest friends. The wedding was held at First Presbyterian Church of Greenville, S.C. Lindsey’s mother sewed a piece of her own wedding dress inside Lindsey’s as a surprise. The reception was held at Avenue, an indoor/outdoor venue with a rooftop terrace and a view of the Greenville skyline. Lindsey and John live at The Market Common and still attend all of the USC home football games together.