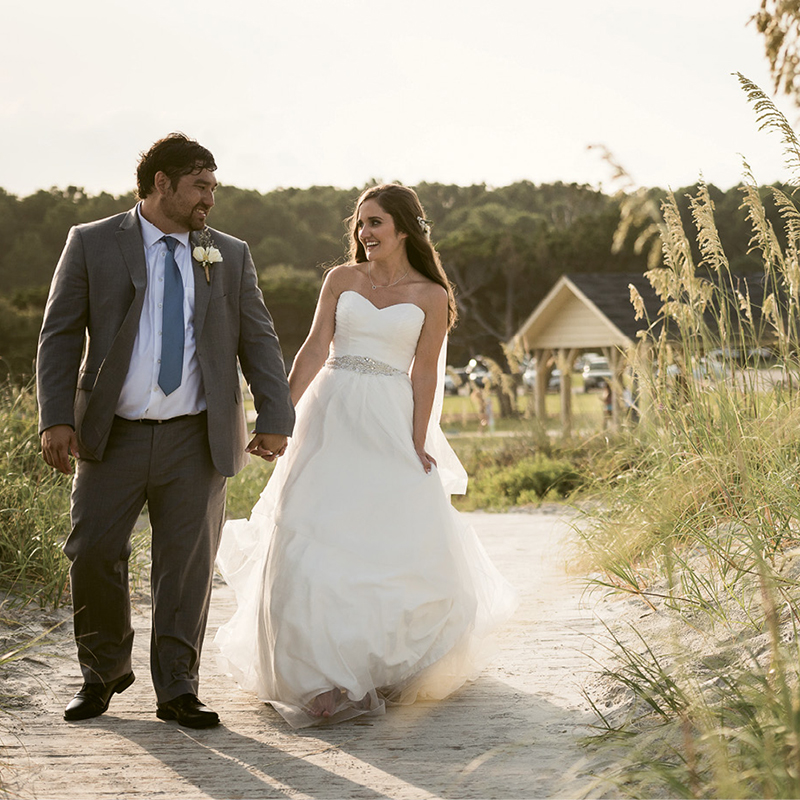 Kristen and Kevin met at CCU, where they were both pursuing degrees in early childhood education. It wasn’t until they both landed teaching jobs at the same school that they really got to know each other. They grew even closer when they began growing their relationships with Christ at Wellspring Church. The couple enjoys anything outdoors, so on a cold January day they took off on a bike riding adventure. When they got to a path in the woods by a beautiful pond, Kevin suddenly stopped his bike, pretending needed a break. He then got down on one knee and proposed. The ceremony was held at Atalaya Castle, where the pair took communion, a special moment to celebrate and pray for their marriage in front of their guests. The reception was held at The Hall at Saint John’s. The colors were blue, white, tan and peach to keep the beach theme. Guests danced all night under the beautiful drapery and chandelier and dined on Jimmyz hibachi. The night ended with a Nerf gun send off. The couple lives in The Market Common.