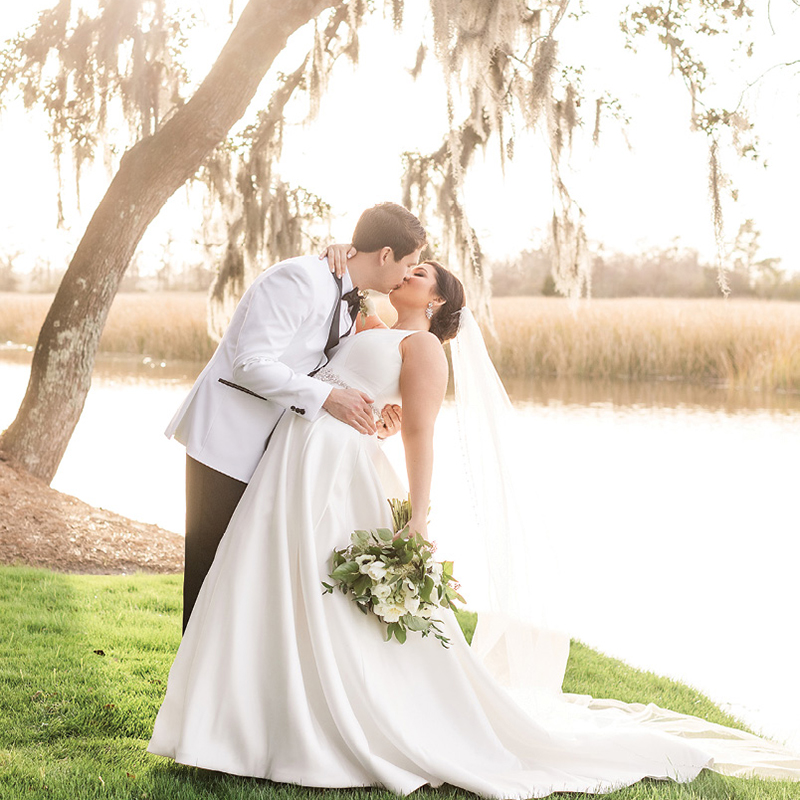 While he was attending Clemson University, Christopher’s brother met Kimberlin at church. He told her about Christopher for about two years, but at the time, studying to be a doctor and living in N.C., Christopher had little time for relationships. The pair eventually got each other’s numbers and began talking. Shortly thereafter Christopher came to S.C. and they finally met—the rest is history! After some time spent long-distance, he finished his residency and got a job in Knoxville, T.N. Behind his house was a beautiful quarry, where the pair loved to kayak and paddleboard and where a trail leads to a cliff. This cliff is where Christopher proposed. The wedding took place at Caledonia Golf & Fish Club, followed by a reception at the Dunes Golf & Beach Club. The couple wanted a coastal wedding, and this venue, with its live oaks and water views, was perfect. The ceremony backdrop featured beautiful magnolia trees and Spanish moss. Kimberlin and her father were escorted in by bagpipers, and the bride’s niece entered in an antique English stroller with greenery and roses. The reception featured gold chandeliers and candelabras enhanced with white hydrangeas, greenery and candlelight. The pair live in Knoxville.