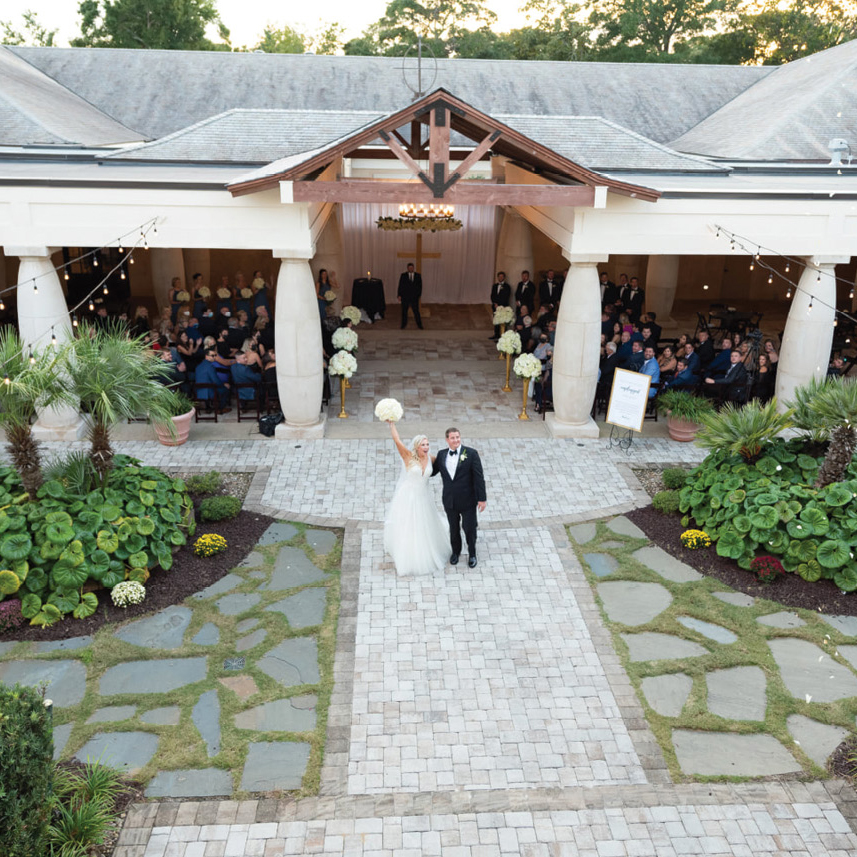 Kelly and Steven met when she was an event manager and planned a corporate gala for the company he was working for. The pair lost touch; by divine intervention, they bumped into each other at King Street Grille. Steven asked her out for a formal date less than 24 hours later. Each year, Kelly and her family attend Nights of a Thousand candles at Brookgreen Gardens. While admiring the lights, Steven asked Kelly’s mom to take a photo of the two of them. At that second, he got down on one knee and popped the question. A crowd cheered and Steven even hired a professional photographer to capture the moment. Knowing that Kelly wears a sentimental peridot ring her grandparents gifted her, Steven designed a custom diamond engagement ring to match, with the help of Vicki Lynn Michaels. The wedding ceremony was held in the courtyard at 21 Main Events at North Beach. The theme was a blend of traditional glamour with a pop of slate blue. The biggest surprise of the ceremony was a petal cannon. The night concluded with lightsabers lining the hall and an amazing sparkler waterfall display.