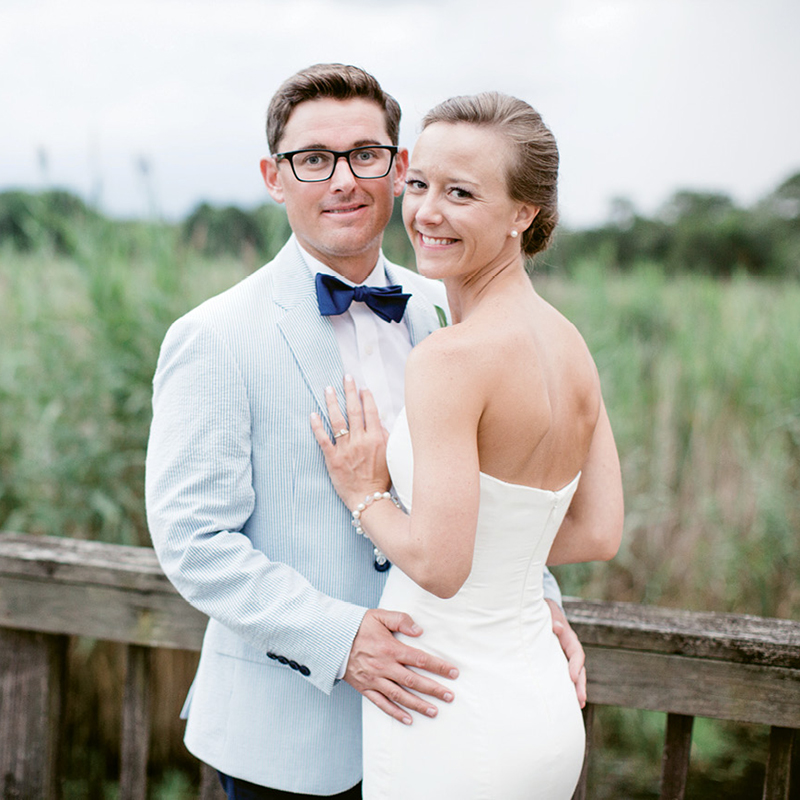 The couple met when they both swiped right on Tinder and dated for three years before getting engaged. After relocating to Colorado, they knew skiing would become a larger part of their lives. Adam was already experienced on the slopes, while Kathryn had only skied a handful of times. When she passed her final ski test, Adam was thrilled, as he had been secretly training her all winter so she could ski the black diamond level Lover’s Leap run in Vail. This is where he asked her to marry him and where she said “yes.” The wedding was held at the DeBordieu Colony Club with a reception in a large party tent overlooking the marsh. The couple’s mutual friend, Joe Baker, officiated. The bride walked down the aisle with her mother and the couple shared a mother’s dance immediately following the first dance. There were rustic nautical accents throughout and the florals featured flowering eucalyptus and pops of white. Decor included a message in a bottle to leave notes to the happy couple. Kathryn and Adam live in Denver.