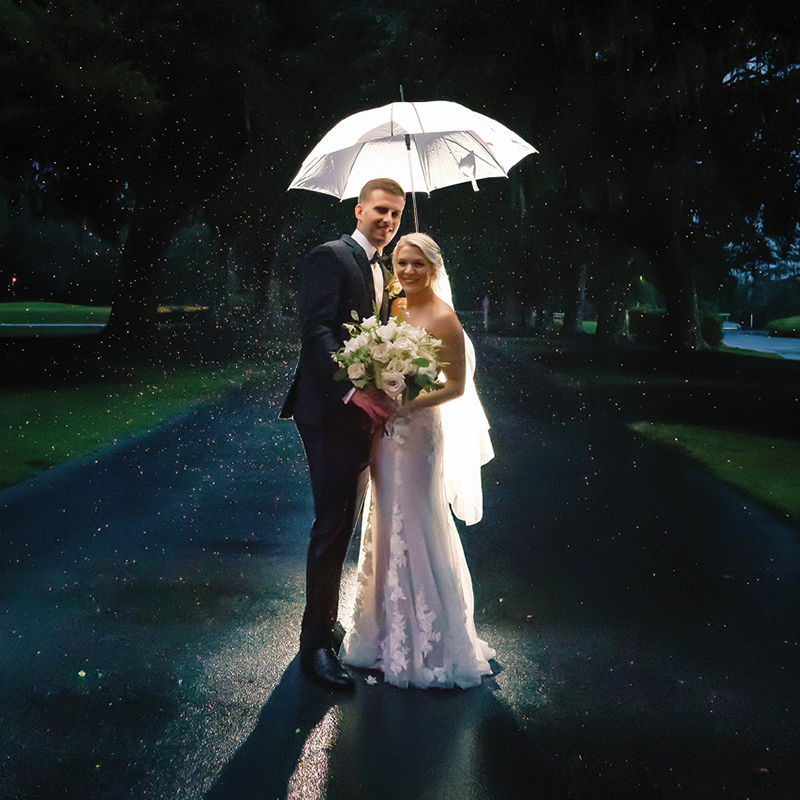 Katelyn and Alex met through a kickball league. They went on a date, and the next thing she knew he invited her to meet his family on a vacation in Ocean Isle Beach. Ocean Isle became a very special place for the couple, and it’s where Alex proposed three years later. Katelyn always knew she wanted a fall wedding. The big day at Caledonia Golf & Fish Club was rustic but country chic, with a bit of a boho vibe. The outdoor wedding had to be moved indoors due a tropical storm, but that didn’t stop it from being beautiful. The cabernet, ivory and sage color scheme featured greenery and white pumpkins in the mix for a classy, neutral look. The florals consisted of eucalyptus, greenery wreaths and garlands, and ivory and blush roses. Everyone celebrated, not letting the tropical storm rain on their parade!