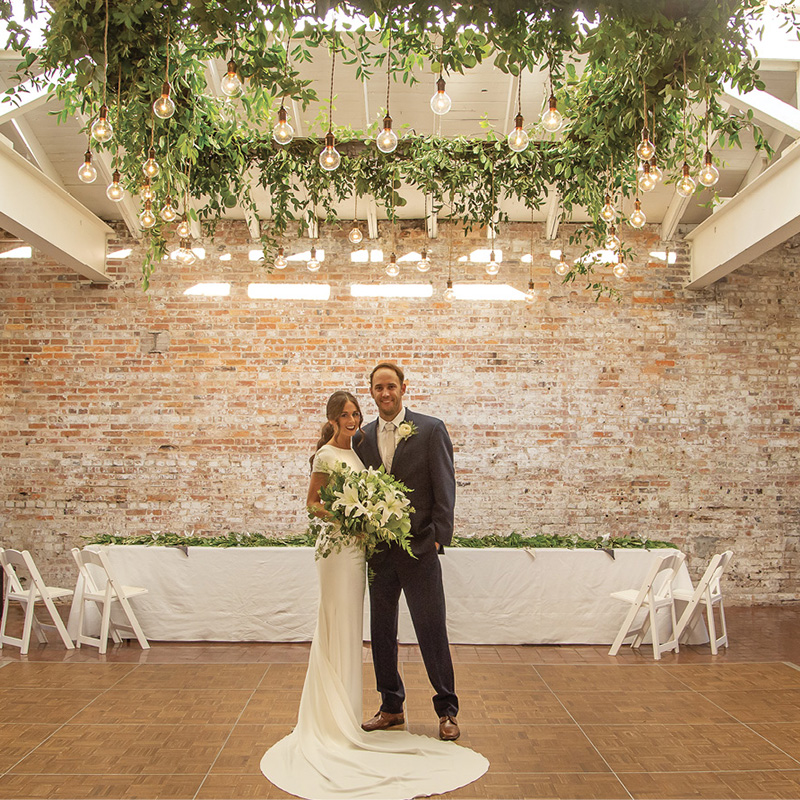 Jordan and Bryan met during their junior year of college at Purdue University. After the pair had been together for three and a half years, Jordan’s best friend and her fiancé were in town. On the way to dinner that night, her friend suggested they stop at the beach to take some pictures for her wedding website, since she had just asked Jordan to be her maid of honor. They stopped at an entrance to Wrightsville Beach and, while they were walking to the shore, Bryan got down on one knee. They celebrated at dinner, where he had also arranged for their family and friends to be there. The ceremony was held at St. Thomas Preservation Hall in Wilmington, N.C., followed by a reception at Bakery 105. The bouquets featured white lilies with greenery. The colors were neutral, earthy tones in shades of white, blue, gray and wood elements. Since 90 percent of the pair’s guests traveled from New England, the couple wanted to treat everyone to some Southern staples. The buffet featured mac and cheese bites, Carolina pulled pork BBQ and more. Since neither the bride or groom like cake, they opted for an ice cream sundae bar. The pair lives in Wilmington.

Photo by Cherie B. Photos