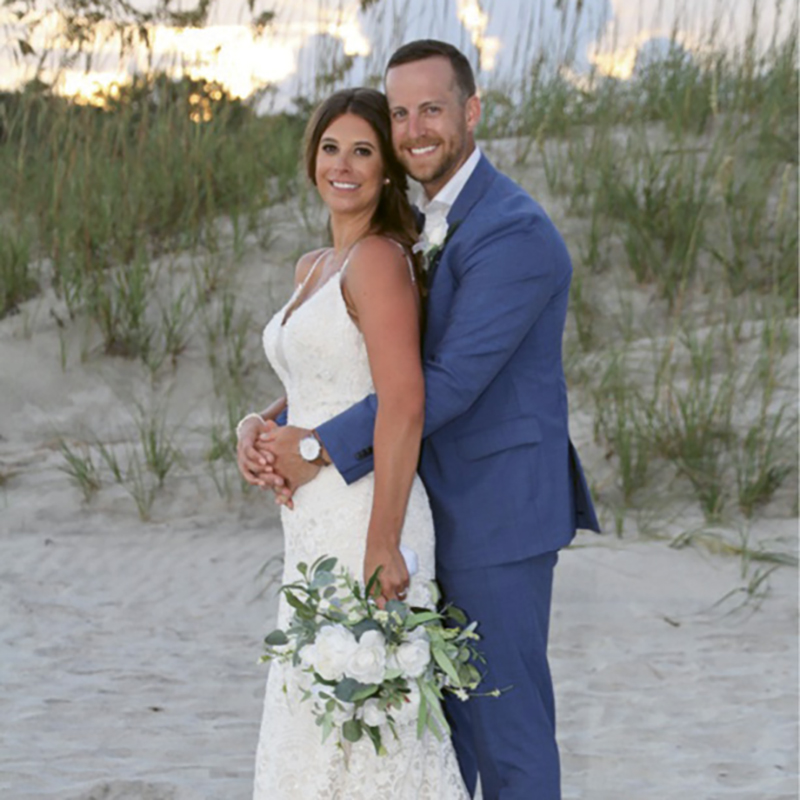 Jessyca and Will met through mutual friends. They dated long distance for the first four months, then Will, who was living in Columbia, relocated to Charlotte to be closer to family. After a little over two years together, Will proposed while on a beach trip with Jessyca and her three sisters, who she is very close with but doesn’t get to see often. The group took a walk on the beach to look for sharks’ teeth. Will and Jessyca were a little ahead and were both on their hands and knees searching. He leaned over and said, “what about this one?” and was holding the ring. The intimate ceremony was held at Huntington Beach State Park. After beginning to plan a more traditional wedding, the couple decided they wanted something simpler. The most important thing was having their immediate family there. They planned a family vacation at the beach and got married during the trip, which was perfect. The couple lives in Charlotte with their puppy, Bailey.