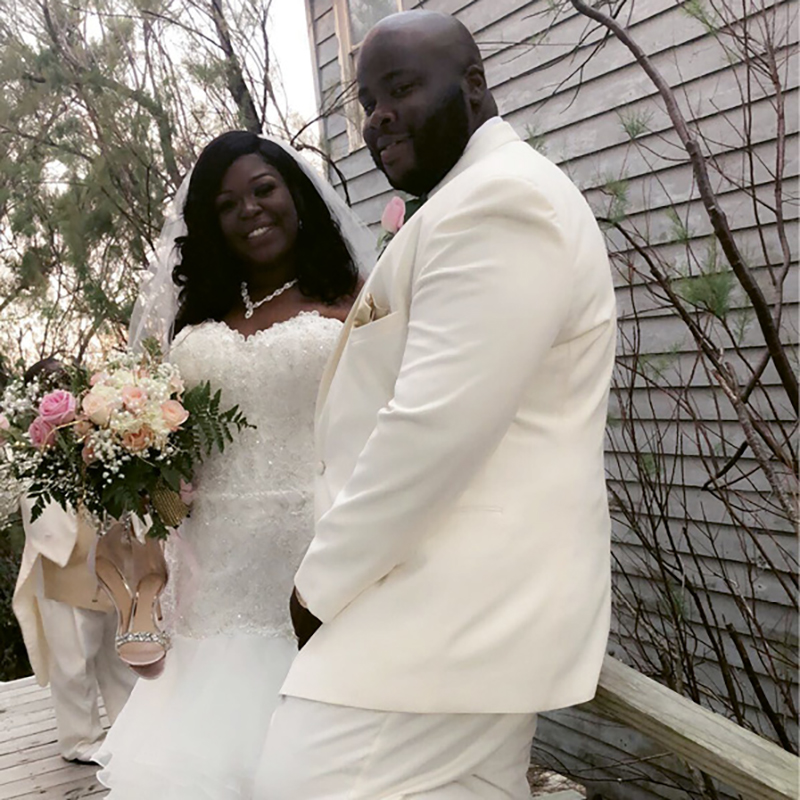 Jessica and Marlin were high school sweethearts. She caught his eye when she was a freshman and he was a senior. After going off to college, he returned home four years later when she graduated and the pair reconnected. Marlin went through a tough period, losing his baby sister to cancer when she was just 20. His grandfather, who put him through college, also lost his battle with the disease. Jessica was by his side to help him through the dark times and encouraged him to attend church with her one Sunday. Soon after, he decided to give his life back over to the Lord. Things started looking up and he realized he had a son he needed to be an example for and a woman he wanted to be his wife. The pair went out to dinner and stopped by the MarshWalk in Murrells Inlet to take a stroll. It was a cold November day and they walked down to the lighted palmetto tree, where Marlin confessed his love and that he did not want to live without her. The wedding was held at the Pawleys Island Chapel. The ceremony was followed by a reception at Sea View Inn on Pawleys Island Beach. This spot is very special to the couple, as the owners are like family. Jessica’s grandmother worked at the Sea View for 40-plus years, her mother for about ten, and she herself worked there in high school. Jessica and Marlin live in Pawleys Island.