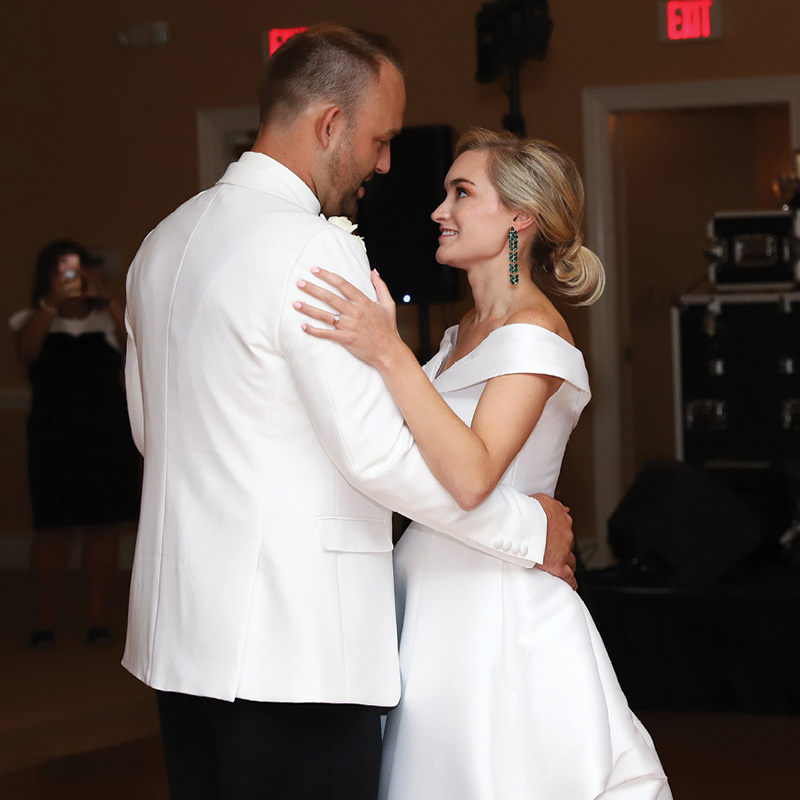 Hannah, a journalist with the Post and Courier Myrtle Beach, and Seth, an assistant prosecutor with the 15th Circuit Solicitor’s Office, met in the courtroom. Hannah was covering a trial that Seth happened to be observing. They struck up a conversation and, not long after, found themselves on their first date. After dating for less than a year, Hannah thought they were just taking a beach walk with their dog, but it ended with a surprise proposal. The pair were married at St. Andrew Catholic Church on May 2 in a private ceremony due to coronavirus. They later said their vows in front of family and friends at All Saints Church in Pawleys Island. This was followed by a reception at Pawleys Plantation. It was special because the couple kept their marriage a secret until announcing it on September 5, and Hannah finally got to wear her wedding dress. Though the wedding was smaller than initially planned, the couple was still able to have their special day and celebrate their union with great food and great music. Hannah and Seth live in Myrtle Beach.

Photo by Sammy and Lacy Anderson