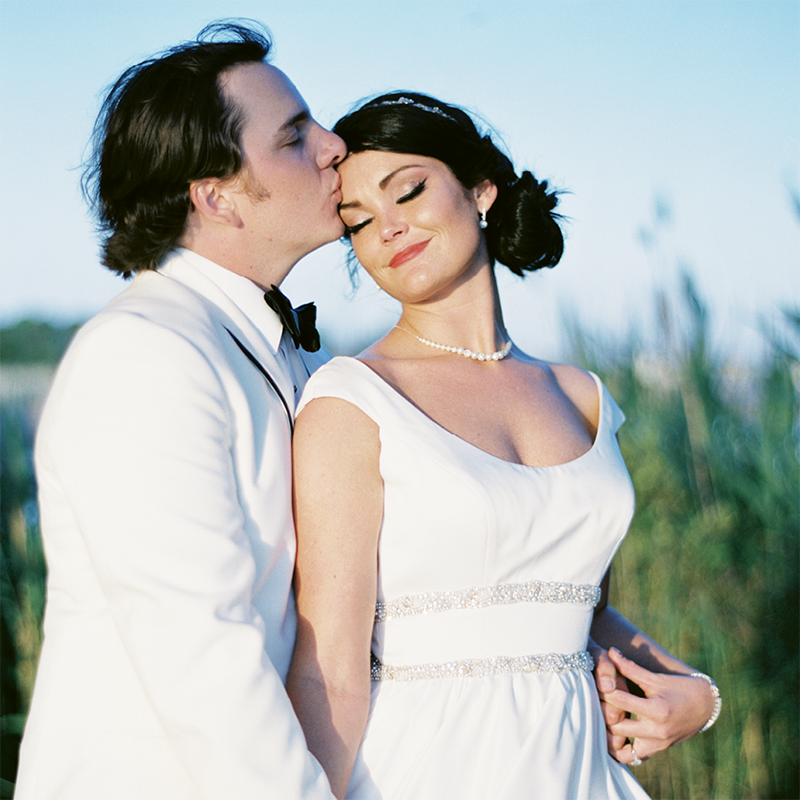 Hannah and Ben met on the first day of college at Coastal Carolina University, where they lived across the hall from each other. After seven years of dating, the pair was in New York City for a wedding. They walked through Central Park and got a couple’s massage before meeting friends for dinner. They were running late, so Hannah was annoyed when Ben said he wanted to loop back through Central Park to take a photo at Strawberry Fields. The annoyance faded fast when she saw him down on one knee. The ceremony was held on DeBordieu, where the theme for the day was high class Lowcountry. The colors were rose gold, blush and ivory. Desserts included a cat wedding cake and a Stormtrooper groom’s cake. The couple incorporated their love for their pets (three cats and three dogs) with the “his” and “hers” signs saying “hiss” and “purrs,” cocktail napkins and cigars with “just meowied,” and signature drinks named after two of their fur babies. Hannah and Ben are currently in the process of moving to Summerville.