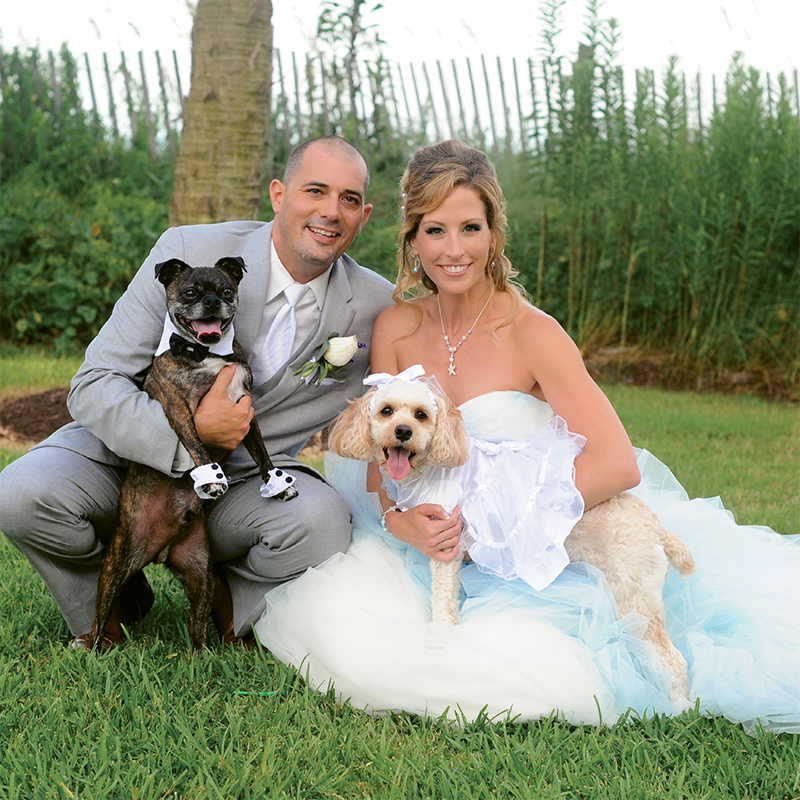 Deanna and Anthony met on the dating app OK Cupid and were together for two years before getting engaged. Both sets of parents were in town visiting and everyone was enjoying some time on the beach. Deanna’s dad said he wanted to take a picture of her and Anthony in front of the ocean. Anthony then got down on one knee. The ceremony was held at Hilton Kingston Plantation in Myrtle Beach. Deanna wore a white dress with sky blue accents. The bridesmaids wore coral dresses and the groomsmen coral ties, with the maid of honor and best man in a dark purple dress and tie. The beach themed wedding featured lots of special touches, like the couple’s dogsitter bringing their two dogs up for pictures, the groom’s grandfather serving as best man and a flower cannon for when the pair was walking down the aisle as man and wife. Deanna and Anthony live in Myrtle Beach.