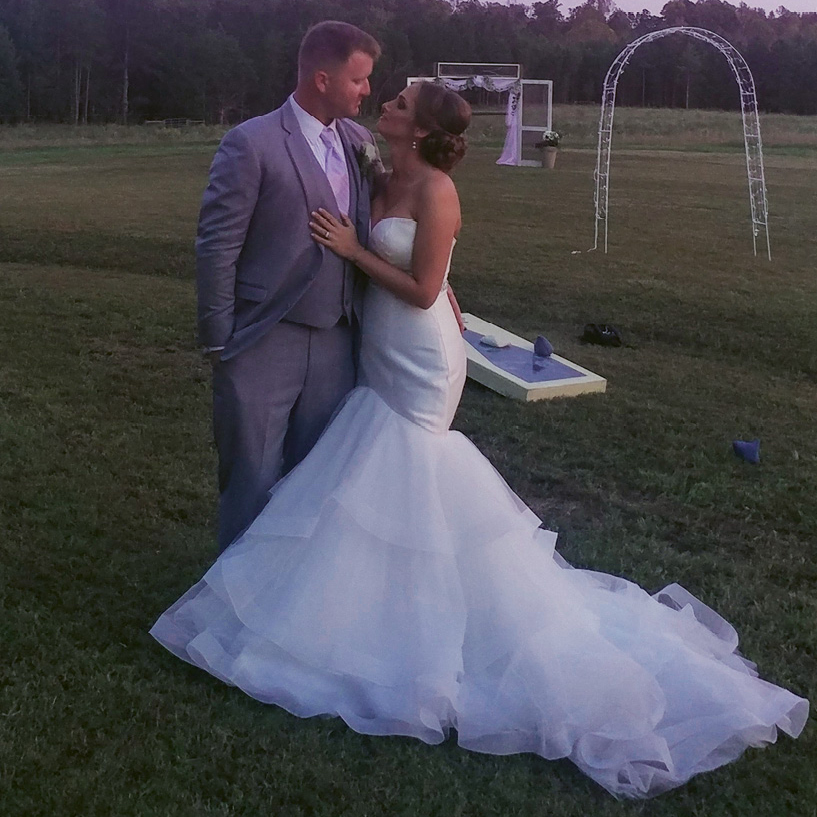 Chryssy and Evan met through mutual friends at a bar in Conway, where they had an instant connection. Three days after meeting, the couple had their first date and three months later he asked her to move in with him. Evan proposed around Greek Orthodox Easter the next April. They headed to midnight mass at church and a traditional Greek meal at her parents’ house. At 2 a.m. that morning, right before they left her parents’, Evan got down on one knee. The wedding was held on his family farm in Cleveland, N.C., where it rained all the way up until the hour of the ceremony. Suddenly the sun came out to gift them a beautiful fall day. The reception combined Greek culture with Southern charm, including some traditional dances. Right after the wedding Chryssy and Evan moved to Florida to work for the family landscaping business.