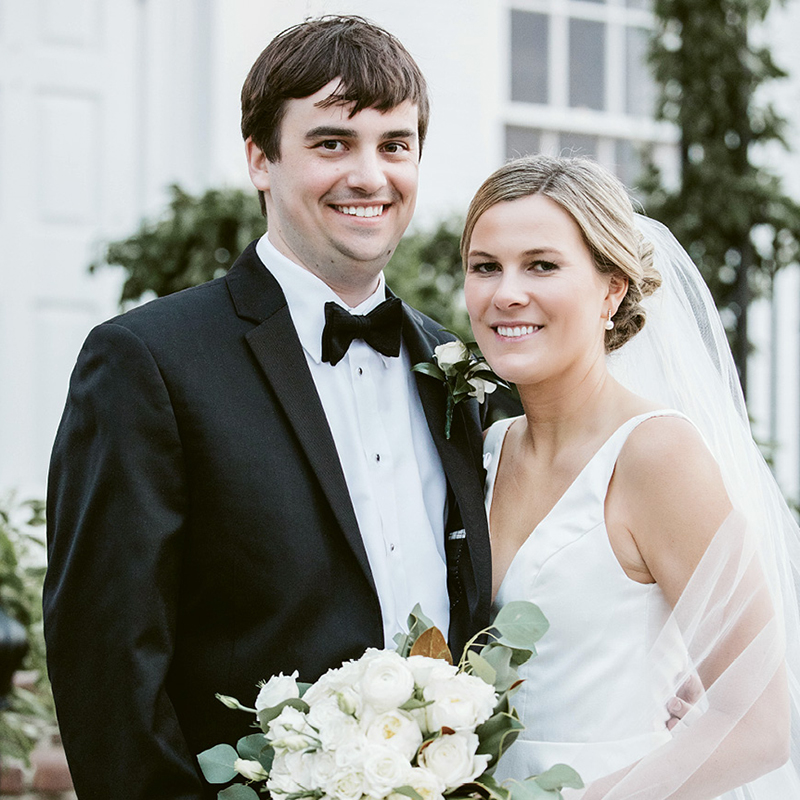 Catherine and Alex met through mutual friends in college. They reconnected five years later at a friend’s engagement party. After two and half years together, they took a trip to Islamorada. Before they went to dinner on the first night, Alex told Catherine he had a present for her to open, which ended up being an engagement ring. The ceremony was held at First Presbyterian Church. Catherine incorporated one orange flower in the pew marker to represent her grandfather, a Clemson fan, who has passed away. The ceremony was followed by a reception at the Dunes Golf & Beach Club. The pair wanted everything to be simple and easy, but also traditional and elegant. The decorations focused on the florals, which were white with blush pinks, and Catherine incorporated her love for blue and white vases. The getaway car was Catherine’s uncle’s motor home that the family takes to every Clemson game. Alex is a Gamecock fan, so a special banner reflecting their house divided graced the back. Catherine and Alex live in Columbia.