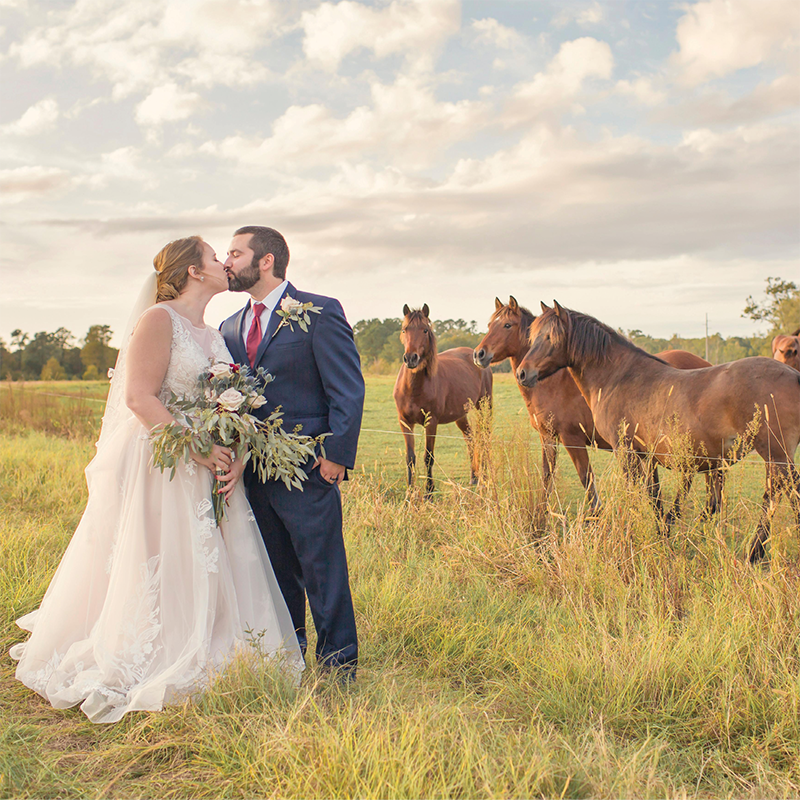 Calli and James met through mutual friends one night while at the Warehouse in Conway. Though they had attended middle and high school together, Calli was a year older so they knew of each other but didn’t really know each other. The pair talked all night, but Calli was hesitant to give him her number since she’d always had a complex about dating younger men. After parting ways, James, who isn’t a social media guy, created a Facebook account to find her and give her his number. After pressing on for a couple of weeks, he talked Calli into their first date. They’ve been inseparable ever since. After almost two years together, James proposed. Calli knew something was up and that James had gotten the ring since he’s terrible liar. However, he managed to completely surprise her one morning. Calli always makes a pot of coffee and lets her dog out first thing, and she walked past the ring twice. She finally noticed the coffee cup with the ring attached by a ribbon with “marry me?” drawn on it. It was the most perfect, simple proposal. The wedding was held at Wildhorse at Parker Farm in Longs, where the couple said “I do” surrounded by 125 of their closest family and friends. The day was simple, romantic and beautiful. The photobooth in an old vintage camper was a special highlight of the day. Calli and James live in Conway.