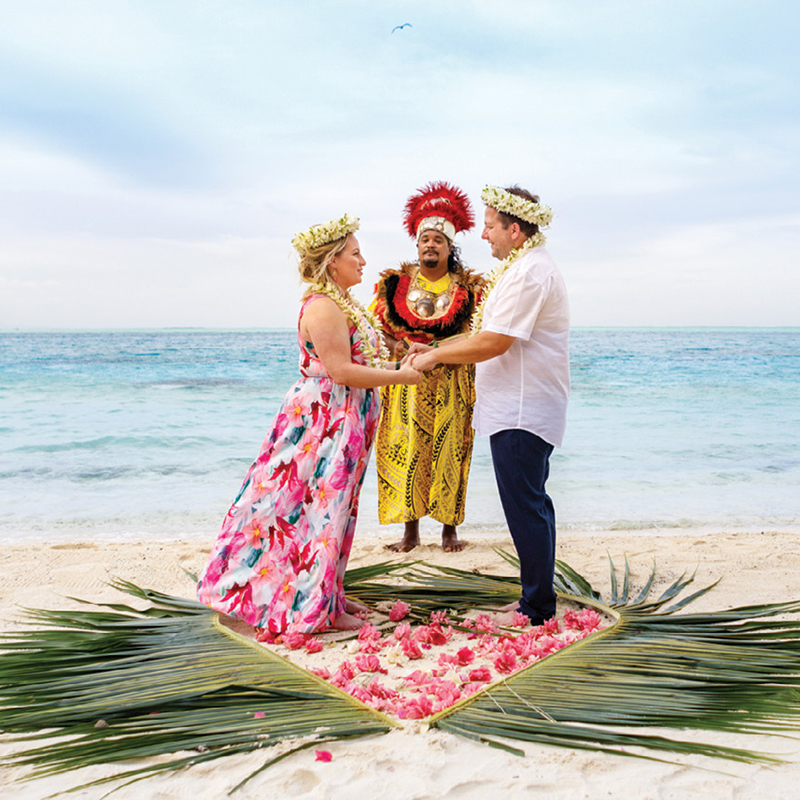 Brooke Christl and Kevin Forsee don’t have your typical love story. The couple met online and dated for three and a half years before Kevin proposed! Before Kevin could propose, though, he had another equally important question to pose to his boys—whether they were okay with Brooke becoming a permanent part of the family. Of course, they said yes, and the proposal caught Brooke completely off-guard. During a scheduled family photoshoot, Kevin popped the question, and having her family there made the moment so much more special for Brooke. The couple planned a destination wedding in Bora Bora, though the trip had to be cancelled and rescheduled six times due to COVID-19! The ceremony focused on simple and clean elements. The bride wore a simple and colorful floral dress, while the groom opted for a lighter dress shirt and pants since they were wed on the beaches of Bora Bora. The couple now resides in Myrtle Beach, where Brooke owns Brooke Christl Photography and Kevin is a supervisor at Costco.