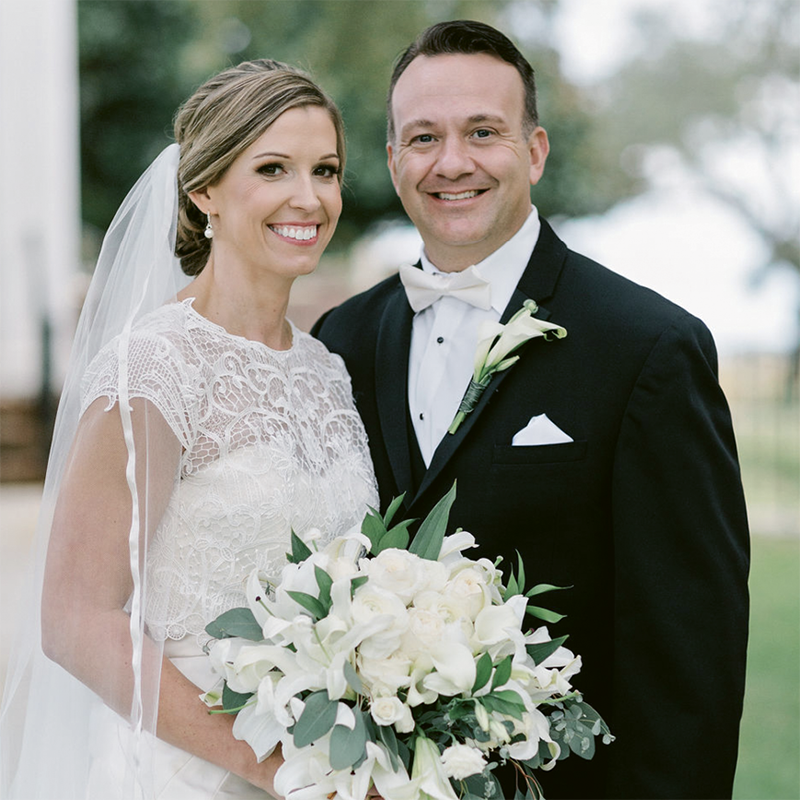 When both Beth’s and Chris’ parents bought neighboring beach houses in Garden City, their families became instant friends. One day Chris was in town during a planned group beach day. Beth had met him a few years before, but since he was shy and a little older, she didn’t know him well. When he asked if she’d like to join him for a walk down to the Garden City Pier, she said yes and the rest is history. After dating long distance for five years, Chris proposed on the beach. Chris and his 16-year-old son, Garrett, relocated to Murrells Inlet. Chris lost his first wife to cancer, so Beth was honored to be become both a wife to Chris and a mom to Garrett. The ceremony was held at Belin United Methodist Church, followed by a reception at Sunnyside Plantation. The theme for the day was classic, Southern, simple elegance. The Krispy Kreme Doughnut truck made an appearance to give guests a sweet favor. Beth, Chris and Garrett live in the Murrells Inlet area.