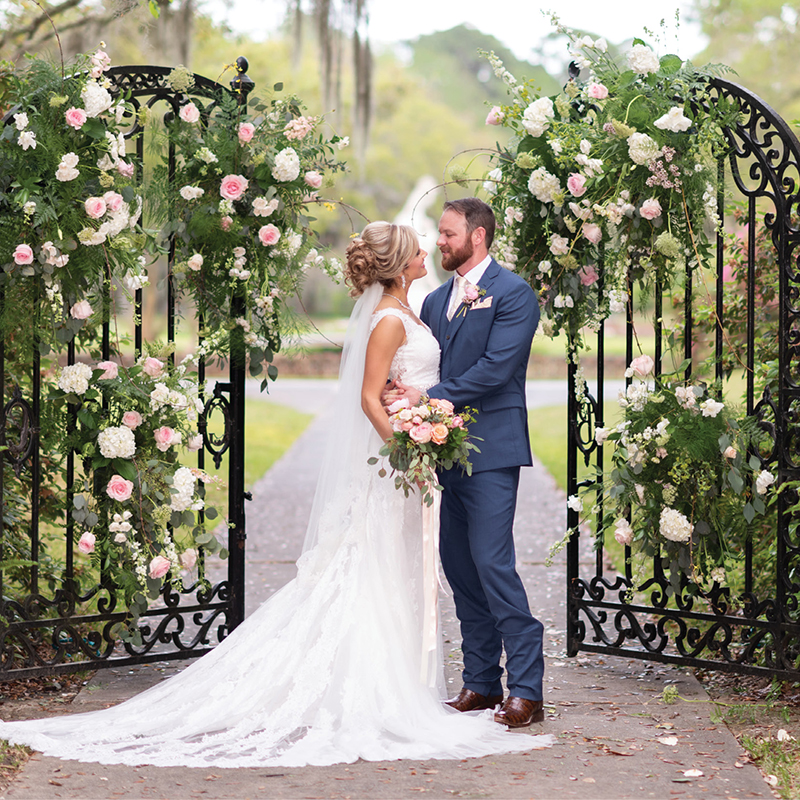 Anna and Austin met while Anna was visiting her older sister, who had just relocated to Aynor. A group of people went for a day of target shooting, Austin included. He was shy at first, but met Anna out for dinner later that evening and joined her for a yoga class the following day. After dating long distance for a while, Anna followed her heart and relocated to Myrtle Beach. After about a year and half together, Austin proposed during a kayaking adventure in Murrells Inlet. The romantic garden wedding was held at Brookgreen Gardens, with an elegant style and mauve and pink color scheme. Anna arrived in a 1972 White Cadillac Coupe Deville. The bride and groom, who runs Wild West Boot Store, both donned custom boots for the big day. Florals were in pink tones with lots of greenery, and chandeliers and cafe lighting completed the look. A gorgeous cascading floral arrangement hanging off the ceremony gates was the bride’s favorite element. Austin incorporated his Southern roots with the shag, and Anna’s family surprised her with a traditional Polish song during the cake cutting.