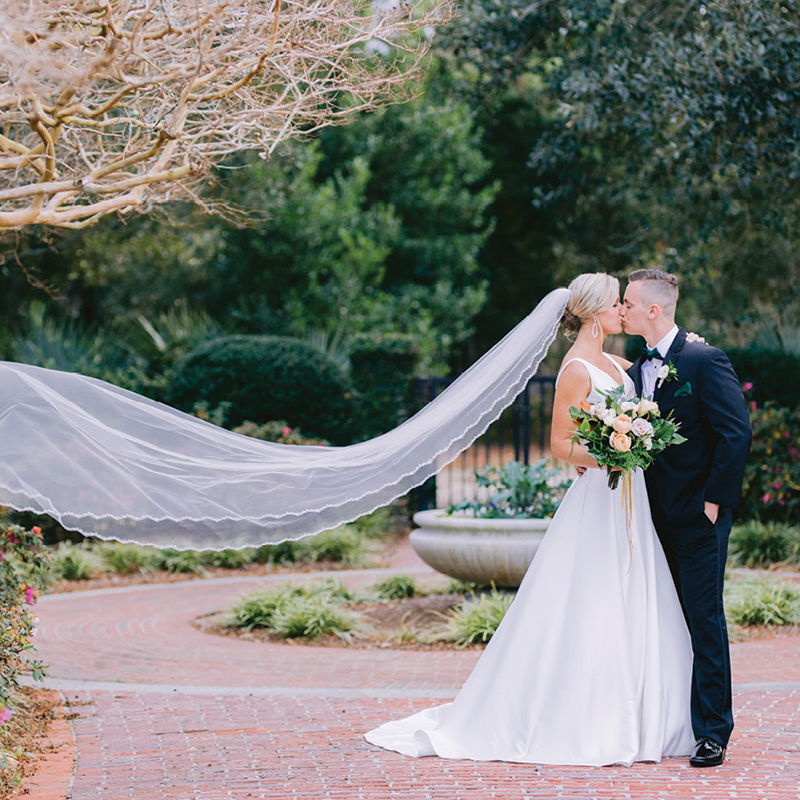 Anna and Wayne attended Socastee High School, where they began dating their junior year. After high school, they both headed to Clemson University. A couple of days before Thanksgiving, Wayne asked Anna if they could go shopping for his mom since her birthday was approaching. After a nice lunch at Tupelo Honey at The Market Common, Wayne proposed on Springmaid Beach. It was a special spot, where the couple had spent summer days, taken late night walks and had even done the Polar Plunge in high school. The wedding was held at St. Andrew Catholic Church, followed by a reception at Pine Lakes Country Club. Cocktails and appetizers were followed by a sit-down dinner, cake, cigars and dancing until the very end. Anna and Wayne live in Charleston.

Photo by One Life Photography