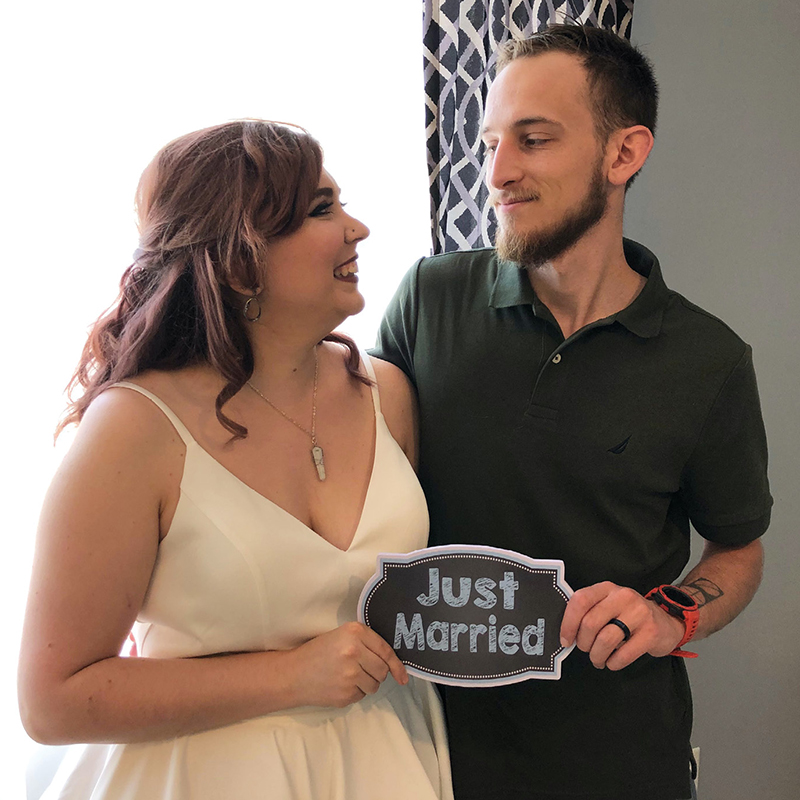 For Amanda and Daniel, their connection was strong from the start. A mutual friend introduced the pair during a tailgate party, and once the two started talking, the rest was history. They found themselves ignoring everyone and everything around them, focusing only on one another. After that, the pair kept the night going with food and late-night conversations before becoming official the very next day!

Their relationship has always been comfortable, Amanda says, reminiscing about the fact that they didn’t have a proper date until two years into the relationship. Even their proposal harkened back to their comfort with one another, the proposal being an inside joke between the pair. Using a quote from their favorite T.V. show, the day Daniel graduated, he got down on one knee and asked, “Hey, want to get married or something?” Amanda was shocked and elated, and they began planning for the rest of their lives together.

The couple ended up opting for an elopement.

“The ceremony was intense and intimate in the best way. I don’t think either of us would have felt comfortable and happy in front of other people,” Amanda says. Their reception unfortunately had to be cancelled due to COVID-19 concerns, but the pair happily reside in Myrtle Beach, where Amanda works as a freelance artist and Daniel is pursuing his Master’s in Writing.

“It worked out for the best,” Amanda notes, “as we both are just relaxed people that don’t need a big group celebration.”