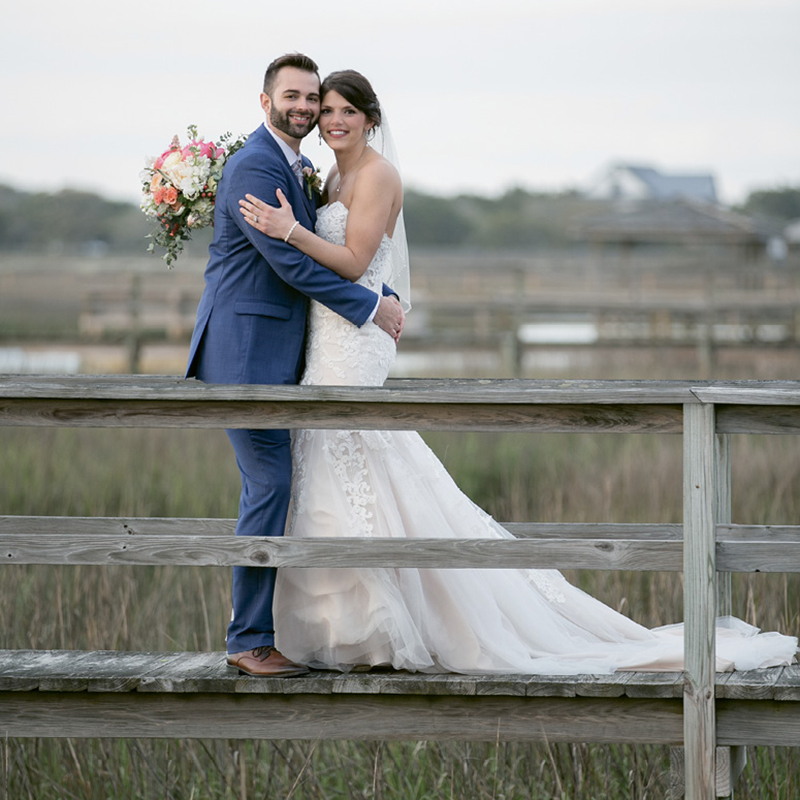 Alyssa and Derek became friends through their involvement in a business organization at Clemson University. They remained friendly, but since Derek graduated two years before Alyssa, they never seemed to be in the same place at the same time. They stayed in touch and met up for occasional football games and when they visited each other’s towns. Derek invited Alyssa to be his date to his sister’s wedding. They had an amazing time and his family fell in love with her. Since Alyssa was already planning to move to Charlotte (where Derek was currently living), he asked her out and the rest is history. After two years together, Derek proposed on a dock overlooking the creek behind Pawleys Island Chapel. Alyssa’s family owns a beach house down the street, so he organized a surprise party there with all their closest friends and family. The ceremony was held at that same chapel in Pawleys Island, followed by a reception at the Winyah Indigo Society Hall. The theme for the special day was coastal elegance. The pair currently lives in Washington, D.C.