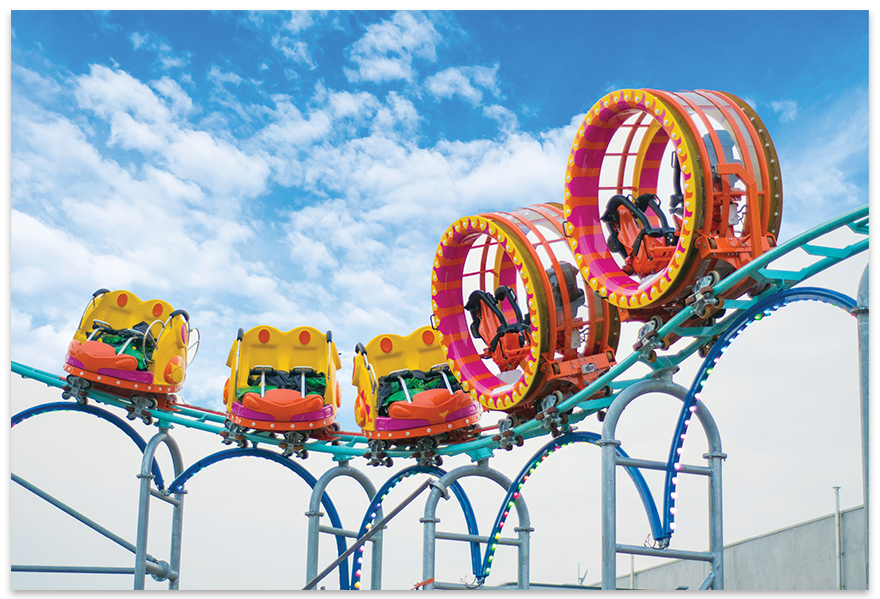 Amusement parks and thrill rides (for all ages and courage levels) are a necessary part of the beach and summertime experience. You’ll have no problem finding these parks, with most centered in the Myrtle Beach area, but smaller parks may be found in many other beach communities as well.

Mild to wild, downtown Myrtle Beach’s amusements, including the SkyWheel, is thrilling without being too scary, while the neighboring Sling Shot is only for the bravest. The newest thrill ride park in Myrtle Beach, the Funplex on Ocean Bouevard. at 14th Ave North. offers rides for everyone, from younger first-timers to thrill seekers.

The Family Kingdom has been entertaining young and old since 1966, with dozens of thrill rides (and kiddie rides, too). Plus, it’s free to enter the park and just look around. Ride tickets are sold separately. While the beloved Pavilion Amusement Park in downtown Myrtle Beach has been closed since 2006, many of its rides were moved to Broadway at the Beach and rechristened Pavilion Park, with new rides added each year. The impossible-to-miss Broadway 360 observation wheel stands just over 150-feet tall and offers a spectacular lightshow and equally spectacular views of Broadway at the Beach. 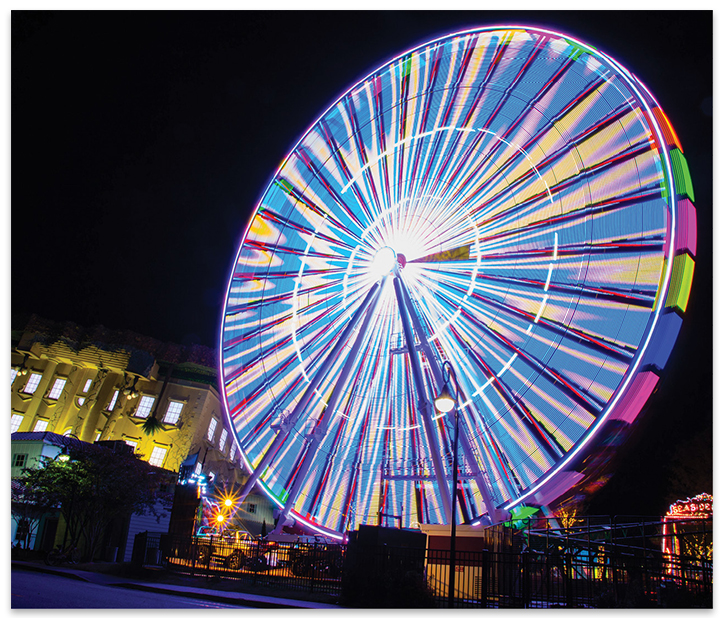 The 360 Observation Wheel at Broadway at the Beach really lights up the night sky in spectacular fashion. The SkyWheel on the beach in Myrtle Beach (not pictured) was the first climate controlled gondola ride. It opened in 2011.


Photographs by Trisha McQuade and courtesy of the Funplex