February 2015
Written By:
Harold Rohrback
Photographs by:
Mac Kilduff
Local professional golfer with a heart for education is recognized by the PGA 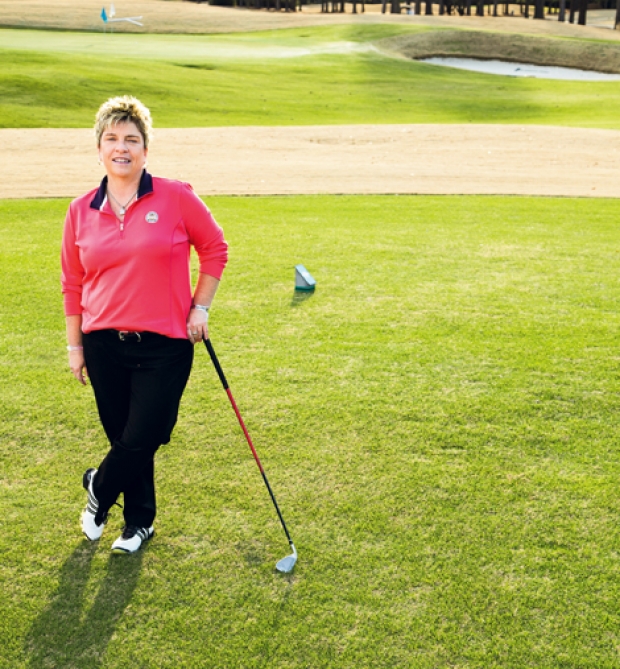 She’s as comfortable standing in front of a classroom full of college students as she is standing over a two-foot putt for a birdie. The birdie part was predictable—Paige Cribb knew she wanted to be a professional golfer since she played on the boy’s golf team at Georgetown High School. After signing to play golf at North Carolina State, their athletic department made a decision to drop women’s golf from the school shortly before classes began. Cribb was left to make a quick decision, so she stayed local and changed her letter to play and study at UNC–Wilmington. Ultimately, she returned to the Grand Strand and worked at Martin’s Golf & Tennis before stints as assistant pro and instructor at The Legends, Heritage Club and Bay Tree Golf Plantation. She was the Head Pro at Wachesaw Plantation East until 2008.

In October of 2008, she accepted a faculty position with Coastal Carolina University as Director of Student Support in the PGA Golf Management Program, which lets her teach students in the classroom as well as on the golf course. Lecturing, teaching, playing lessons and life instruction allow her to be, as she describes it, “a golf pro in an academic setting.”

When she speaks about the importance of education for her students, the passion is evident in her voice. Following her name on her business card are two sets of three initials—MBA, PGA —and she is equally proud of both. In February 2014 she became the first female officer in this section of the PGA in the almost 100-year history as she was elected Secretary of the Carolina PGA. To give this some perspective, there are more than 28,000 PGA members nationwide and less than 1,000 are women. So it was fitting that she has been honored with the 2014 Carolinas PGA Horton Smith Award for her dedication and passion in developing the almost 300 students enrolled at CCU in the PGA Golf Management Program.

Even though she still enjoys playing the game at a professional level, her heart is with instructing and developing the young PGA Professionals-to-be. As she so humbly states, “I just love what I do.

If the opportunity presents itself in the future for a national position, she would be open to explore it. But for now, she is happy to continue to grow and advance in the Carolina section while molding and mentoring a new generation of golf professionals entering an ever-changing golf market. 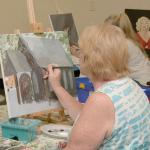