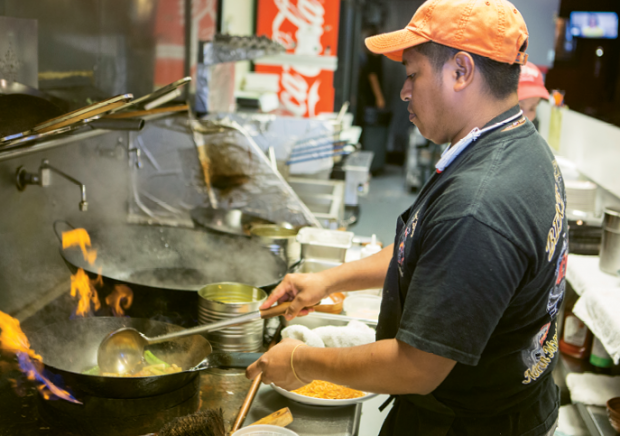 It’s encouraging when your virgin eyes enter an ethnic restaurant, whether Mexican, Thai, Italian, Chinese or another culture, and see the smiling faces of the staff reflecting the international cuisine advertised on the sign out front. Such is the case with Wok on the Beach Asian Kitchen.

Open for almost three years and following in the steps of an Asian restaurant it replaced at the same location, you’ll first encounter the kitchen, where one to three chefs furiously scrape, fill, stir, wash and cook in a well-choreographed dance of gastronomic promises. A jet engine blowtorch of blue gas flame licks the sides of the enormous woks where the cooks steam, boil, deep fry and stir fry all manner of Asian delights, including the order I placed—two spring rolls and Mongolian Beef.

A long, narrow dining room, seating perhaps 14 at small tables in oddly configured groupings, lets you know dine-in is not the priority here, though every seat may be filled at peak hours. A narrow counter might seat another eight or so, again with no frills. This a working, bustling restaurant short on niceties, but long on good, reasonably priced Asian food on the quick.

The night I visited, around 5:30 p.m. mid-week, a family of three was finishing their meals. Mom and dad were seated at a two top while their 11- or 12-year-old son sitting happily by himself at the counter picked at what was left of his meal. He was fully engrossed in some smartphone game de jour. When asked by a young Asian server, through a thick accent, if he was done, he looked up from his phone and beamed, saying it was the “best fried rice” he’d ever had. The chef, a grandmotherly Asian woman just two feet away, couldn’t help but hear him. She glowed with pride and repeated the boy’s praise to all who would hear, while readying a carryout box.

In less than 10 minutes my order was ready. The single entrée and two spring rolls were plenty to share between two. The beef, thinly sliced tenderloin, was flavorful, juicy, tender and combined with sweet onions, green onions & shallots in a garlicky (but not overly so) Mongolian sauce. The total price for the entree, appetizer and tip was around $20.

Bottled beer and wine singles were showcased at the counter, and the large, varied menu covers what you’d expect. Food cooked to order while you watch can be treat, kind of like dinner and show, and as an added bonus I found a chocolate fortune cookie in my bag. It said, “Imagination is everything. It is the preview of life’s coming attractions.” 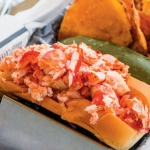 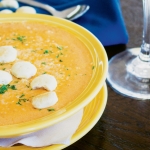 Ship’s Pub in Pawleys Island is a sailor’s delight 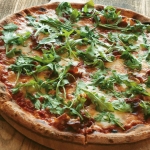