The story of one groom’s perseverance 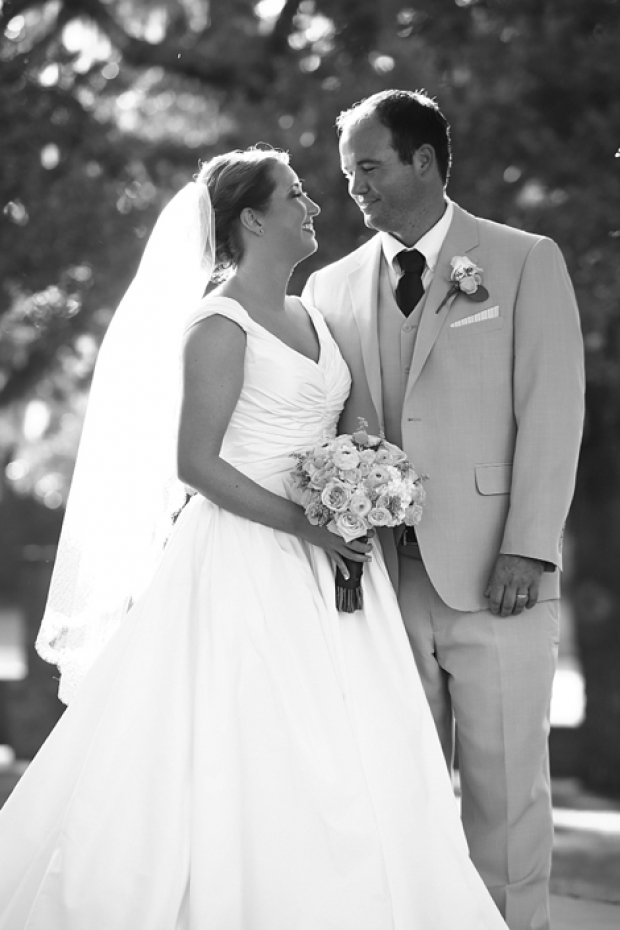 Persistence wins the prize. It did for Steven Donahue anyway, as he kept at it for nearly four years to marry a keeper.

It was 2008 when Donahue met his future bride, Meredith Hart, thanks to Meredith’s mom, a second grade teacher at North Myrtle Beach Elementary. She was voicing her concerns about her daughter’s love life to a fellow teacher friend. That spawned fellow friend’s recommendation: Steven.

“Steven MySpaced me and asked me to go to a Pelicans baseball game after meeting at Liberty Steakhouse,” recalls Meredith. “I agreed, but asked a girlfriend to go with me for backup, and remember not talking, really, for the first hour.”

Despite the awkward silence, Steven spoke up. “He asked me out and I turned him down a few times,” says Meredith, laughing. “But then, because of his persistence, I found out how sweet and genuine he was than other men. And I knew his heart was in the right place.”

She also knew her heart was eternally with his when, on her 31st birthday, December 28, 2011, Steven proposed to her tableside at Soho Café, with their parents looking on. “I didn’t think he would do it on such a predictable day, but I think that’s why he did it, to throw me off,” she says. “And that’s what made it so special, with our family to witness it all.”

From there commenced the wedding planning, which would again bring the Donahues and Harts together for one special day on the Grand Strand. Meredith grew up here and graduated from North Myrtle Beach High; Steven and family hail from North Carolina.

Meredith (and she swears Steven was time-sensitive in planning the proposal with this in mind) had fallen in love with the idea of a fall wedding, so the couple set the wedding date as October 20, 2012. As marketing manager with Oceana Resorts, Meredith said she was introduced to the intimate setting of Inlet Sports Lodge in Murrells Inlet on business visits and knew this would be their reception venue.

“We wanted a unique location with a small, intimate setting,” says Meredith, “and the club room or meeting room at the Lodge was perfect for about 80 guests. French doors led to a courtyard, so we could have that indoor/outdoor feel. Then Bliss restaurant next door did all the catering.”

Before the celebration, vows were exchanged at Belin Memorial United Methodist Church, a charming chapel kissing the inlet waters and embracing a smattering of ancient live oaks.

Special moments shared during their ceremony included vocal solos by Meredith’s aunt (“The Lord’s Prayer”), a minister of music, and the mother of the bride, who belted out “I Will Be Here,” a touching lyrical by Stephen Curtis Chapman. “This was special for the whole family,” says Meredith.

“And our ring bearer, instead of the traditional pillow with rings, held up a sign that said, ‘Steven, Here Comes Your Girl!’ It’s what he calls me,” she adds.

Meredith walked down the aisle to her groom in a no-nonsense gown by Priscilla Boston in its “Lindsay” line—apropos, since that’s Meredith’s middle name. “Honestly, I hated it on the hanger, but loved it on me,” she says. “It was simple and not overdone. No glitter or glam, just classic and elegant.”

In addition to the usual visual coverage by a wedding photographer, the couple had artist Caitlin Beidler of Redemption Art do a live painting of the wedding party at the church, plus the newlywed’s first dance at the reception. “It was such a beautiful interpretation of our day,” says Meredith.

Guests were then invited down the road to the Inlet Lodge for a down-home Southern comfort kind of get-together. Burlap squares were thrown over the tables and anchored by mason jars bursting with mums and an array of golds and light florals a la fall foliage. The bridesmaids’ bouquets mirrored this warm color palette, balanced with softer yellow petals to perfectly accent their navy blue tea-length dresses.

A spread of heavy hors d’oeuvres included platters of chicken fingers, spring rolls and stuffed mushrooms. The two-tier wedding cake, crafted by Cocadotts, was a baked almond concoction spread with butter cream frosting. Guests could also grab one of 10 different cupcakes flavored in everything from Corona to Shiraz to maple bacon to watermelon.

As a parting gift, Meredith’s mother sent everyone home with a jar of her homemade apple butter. “That’s what I can advise to brides: to make your wedding unique with little touches like that to make it special,” says Meredith. “There’s no need to be extravagant—it’s more priceless to be personal.”