The flavorful options found at the Wild Wing Cafe 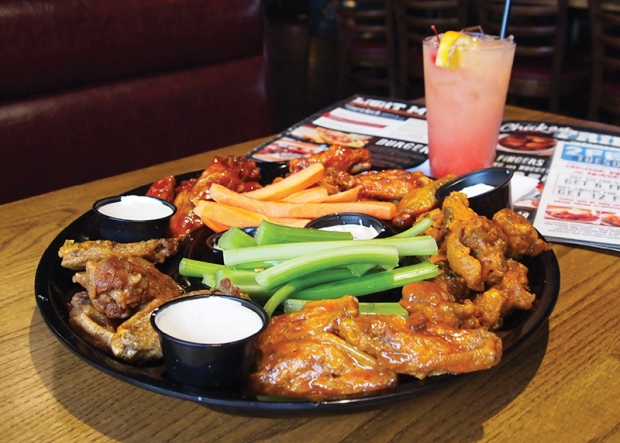 The Wild Wing Cafe Sampler Platter features 30 wings, six each of your favorite style, with plenty of dipping sauces, carrots and celery.

One late night in 1964, Teressa Bellissimo of the Anchor Bar in Buffalo, New York, was asked to whip up a snack for stragglers. Leftover chicken wings, usually used to flavor soup, were all she had on hand. After frying the wings, she threw hot sauce, melted butter and a few still-secret ingredients into a bowl to coat them, and history was born.

Some 15 years ago along the Grand Strand, three restaurateurs recognizing the power of the chicken wing opened Wild Wing Cafe in Barefoot Landing. Walt Garnett, along with co-owners Mike and Patti Hilton, all have impressive restaurant resumes, but Wild Wing has become their most successful venture yet.

Mike Hilton grew up in the area and owned the Old Village Inn pizza parlors, Sea Merchants, restaurants at Waccamaw Pottery, and eight Chuck E. Cheese franchises. Wild Wing Cafe’s recipes and concepts have proven to be a winner, and Hilton also credits Barefoot Landing for bolstering the restaurant’s success. “Barefoot Landing continues to expand and improve and is a real destination,” he says.

“It’s simple. Fresh food and atmosphere,” says Hilton. “First thing I noticed when we considered opening one was the restaurant [franchise] drew young, middle aged and older folks, and they were all enjoying themselves. We’re kind of a sports bar, but the restaurant is so big, you don’t have sit at the bar, or even near the bar, if you don’t want to.”

“Everything’s fresh,” continues Hilton. “We don’t use frozen chicken and we turn over product all the time. Sauces are homemade every single day.” Hilton muses over his favorite wing style. “I like the Wild West, ranch dressing based, not real hot. I also love the garlic Parmesan.”

The 30-wing sampler platter ($31) Hilton put together came with six each of Jalapeno Cheddar, Hot, Bubbas BBQ, Wild West and Honey Lime Sriracha, complete with ranch and blue cheese for dipping; plenty to feed three to four hungry people. All were delicious, each with their own unique flavor profile, and none so hot that the heat overpowered the flavor. 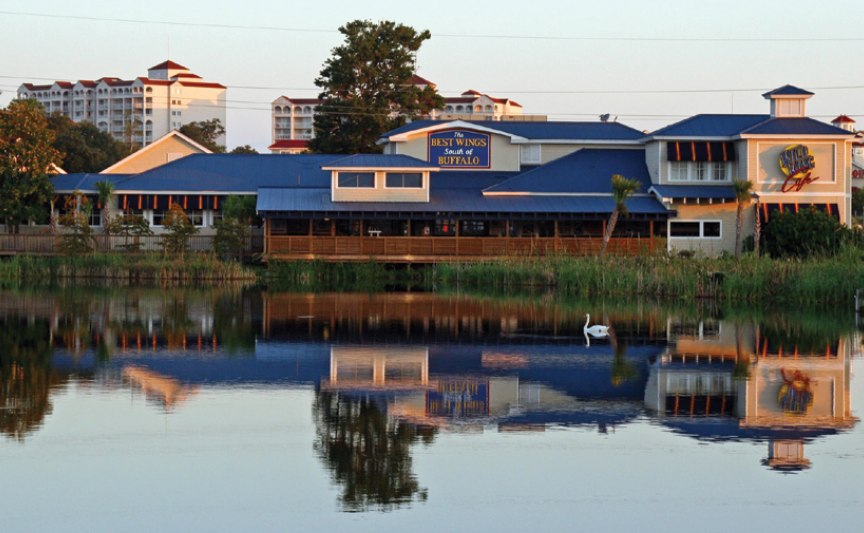 The menu features appetizers (such as onion rings, Buff Chips and nachos), plus more than 20 flavorful sauces, each with its own heat rating. While ranked from “Virgin” (perfect for kids) to the super hot “Braveheart,” earning a six jalapeno rating, most are in the middle. Burgers, wraps, salads, and a kids’ menu ensure something for everyone. Wild Wing's winning recipe combines live seasonal entertainment, all the sports packages on dozens of big screens, an outdoor lakefront patio and a full bar with 40 beers on tap. The little chicken wing from Buffalo has grown up and flown south, making its tasty mark here on the Grand Strand in grand style. 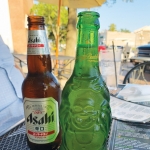 Sushi is Just the Start at Georgetown's Rollin' Local 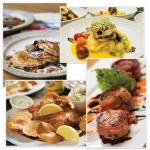 Dining in with some of your favorite local restaurants 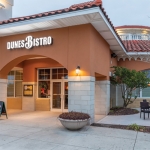