Tips on Working for a Better Retirement

Not ready to call it quits for good? Working longer, the right way, could increase your lifespan—and your enjoyment of retirement 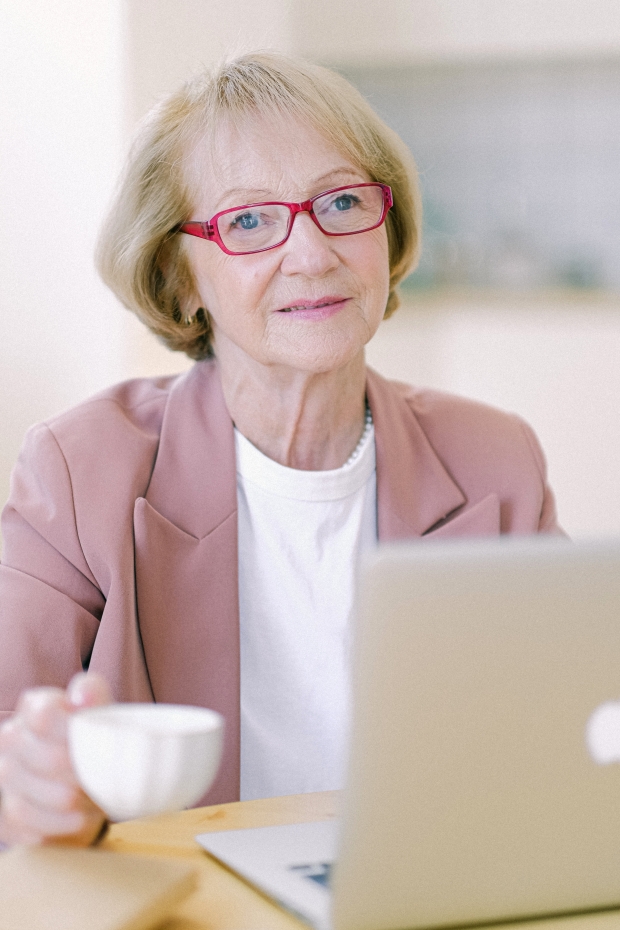 No doubt you’ve heard: Many Baby Boomers will be delaying retirement, even after they’ve reached the age to receive Social Security benefits. A study funded by the National Institute on Aging found that delaying retirement by just one year is associated with an 11 percent lower risk of mortality amongst healthy adults. Other recent studies find positives other than a paycheck associated with working at age 62 and beyond. Here's a look at why work is often the secret ingredient behind a happy, healthier retirement.

Loving it, not leaving it

Boomer women were a trailblazing generation. And they’re not about to retreat from their hard-earned success just because there are more candles on the cake.

Indeed, a study by Harvard University economists Claudia Goldin and Lawrence Katz finds about 30 percent of 65 to 69 year-old women are currently working, double the share of what it was in the late 1980s. Female 65-plus workers tend to have a strong career identity and “greater satisfaction in their jobs six to eight years before their sixties,” Goldin says.

Not that the road to a continued career is always smooth, however.

Take Gloria Dunn, who was 69 when the 2008 recession hit and forced her to shutter her organizational behavior consulting firm. She spent six years exploring ways to replace the sense of purpose work brought her. Then Dunn says she read an article about a retirement coach and it was her “aha” moment. Thinking her 25 years coaching employees in her consulting practice, as well as being a “forced” retiree herself, was a good pre-requisite, Dunn also took a course for certification in retirement coaching. Now she's happy in her second career.

While some, like Dunn, encounter an abrupt end to work, those who are fortunate enough to call their own exit benefit from some planning, says Maddy Dychtwald, co-founder of Age Wave.

A study by Age Wave and Merrill Lynch showed that slightly more than half of people who want to work after retirement spent about two years preparing and researching opportunities.

Sixty percent of pre-retirees indicate that they’d like to pursue a new line of work, however. A two-year timeline helps define where realistic new opportunities lie. No matter what a pre-retiree plans to do, she also advises “keeping up with technology” and keeping fit and healthy to eliminate impediments to a successful second act.

As an associate professor of health care policy at Harvard Medical School, Nicole Maestas has studied labor patterns at older ages. She finds that about half of workers want to transition to a flexible, partial or reduced role in their profession, or take on a different—less stressful–job. This work after retirement pattern striated in the 1980s and has built since, with a “blip during the Great Recession” when jobs of any sort were hard to come by, Maestas says.

Many workers–even executives–are willing to forgo status for a lesser role within their field, says Andrew Miller, president of recruiting firm BrainWorks. “They have no problem going back to an individual contributor role because there is less stress, responsibility, and it creates a sense of freedom and enjoyment.”

Another category of post-retirement workers is “Earnest Earners” who need income.

And a paycheck in and of itself can have the healthy effect of reducing stress and money worries.

If a job is not too physically taxing or emotionally burdensome–involving hostility and stress from clients or co-workers–it offers other healthy advantages, Maestas says.

When a retiree doesn’t want or need a paycheck, however, there are ways to mimic many of the benefits that those in post-retirement careers receive from their job, Dychtwald says.

Volunteering on a regular basis–replicating some of the structure one would find in paid work–can also provide a powerful sense of purpose and spur more socialization, she adds.