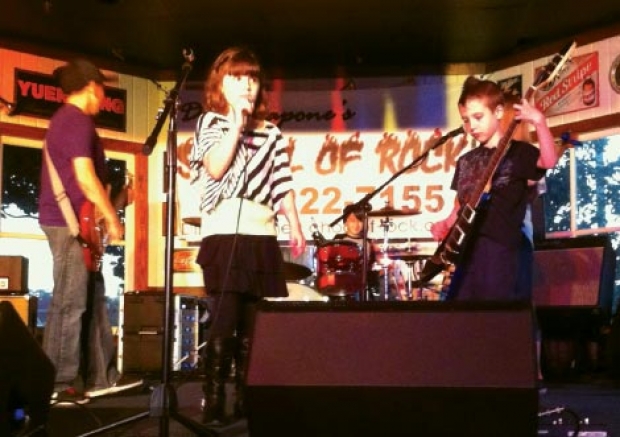 By the time comedian/actor/musician Jack Black starred in the 2003 movie School of Rock, actual schools of rock had been in existence for decades in large cities around the U.S. The original concept was more akin to a rock camp where adults could plunk down large sums of cash to rehearse and perform in a grown-up rock ’n’ roll recital, often accompanied by legendary musicians.

Local drummer and entrepreneur Dino Capone brought the concept to Myrtle Beach in 2009, catering to a few adults, but mostly to younger students. Dino Capone’s School of Rock, off Forestbrook Road in Myrtle Beach, took Capone’s casual instruction of teen musicians and turned them into a band.


“I’d been a full-time musician in the summer and part-time musician and bartender in the winter since 1994,” explained Capone. “I had around 45 drum students. A few of them were trying to put together garage bands, but couldn’t seem to get it happening. One night I went to one of my student’s homes where he had some of his friends over trying to work up a few songs. They were really struggling. I helped them get together on the same page, and within a couple of hours they had three or four songs down. It was a lot of fun for me, and they were really thrilled. The kid’s dad said  ‘You’re pretty good at this, you should consider [a business] doing this.’ So I checked around, got my rock musician friends and my sister, Angie [Capone], all on board and opened the School of Rock.”


Nearly five years later, Capone and his team of instructors have taken hundreds of students who barely played an instrument all the way to performances at the area’s best-known venues. “My kids have played Hard Rock Café, the House of Blues, Broadway at the Beach, St. Patrick’s Day and Oktoberfest events,” beamed Capone, who teaches students from ages 6 to 18, who are grouped with similarly skilled players after passing an audition.

The School of Rock is open seven days a week, and Capone also owns Forestbrook Music, a small music store.

“It’s about having a good time and really learning how to rock.”

For more information, go to www.dinocaponesschoolofrock.com

Photographs by Mary Mroz and courtesy of Dino Capone