The Treasure Hunt is On 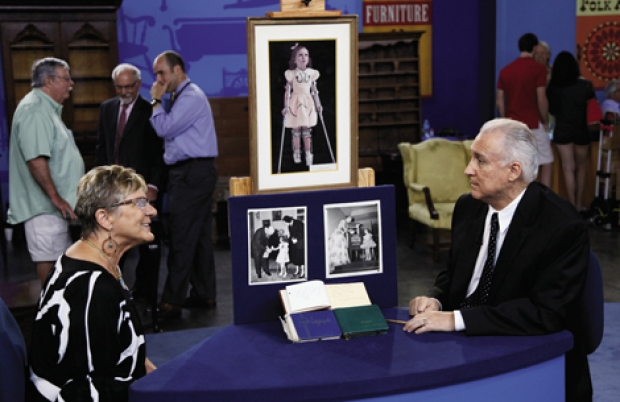 On a warm June Saturday, sky bright blue and waves gently rolling, Myrtle Beach locals and visitors unloaded their cars and carted their junk and precious belongings on a short journey to a sacred mecca—the Antiques Roadshow. The Roadshow opened shop at the Myrtle Beach Convention Center on June 23 to approximately 6,000 eager fans, whose names were drawn from a pool of 17,492 applications and about 120 community volunteers. The episodes featuring Myrtle Beach will air on February 18, February 25 and March 25 at 8 p.m. on PBS.

Now in its 17th season and PBS’s highest-rated series, Antiques Roadshow is seen by almost 10 million viewers each week. The Myrtle Beach episodes feature a signed letter from Abraham Lincoln—one of the few written by Lincoln in 1860, as he prepared for the election—and was valued between $50,000 and $70,000.

The television series hits the road each summer, traveling to cities across the United States in search of America’s hidden treasures. The last time Antiques Roadshow was in South Carolina was in Charleston in 2000. Several travelers had planned their vacations around the show, excited to attend and almost as excited to relax on the beach afterward.

When asked why the show is so popular, executive producer Marsha Bemko said, “Because it’s an honest, reliable show—it’s smart reality TV, and whether you are eight or eighty, you will learn something.”