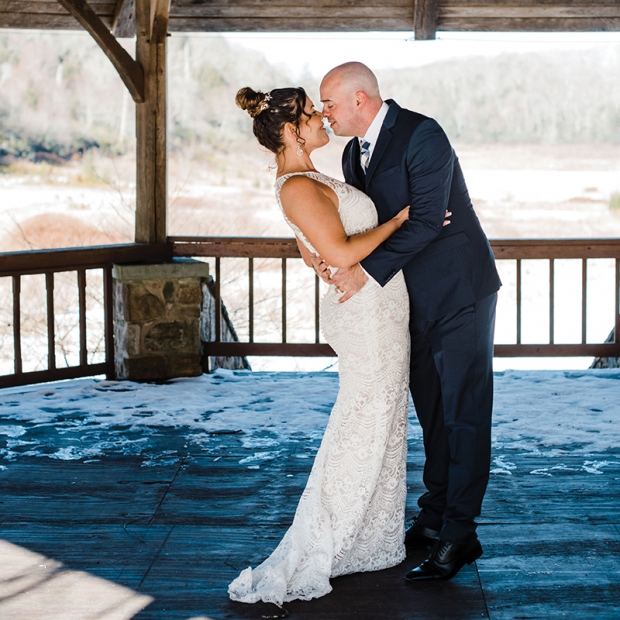 When Brandie Guerrero and Rafael Perez decided to dip their feet back into the dating pool, they really did… at a pool. Originally friends, the two met at a pool party and began dating after that for the next nine months before Rafael proposed.

“We just had a lot of similarities and previous relationships that made us both feel unworthy of love – the real type of love we share as a couple,” says Brandie. “We didn’t realize that a relationship cannot include chaos. We can laugh at that type of stuff now, but when you have been in previous relationships with hostility, it’s a beautiful thing to just be. We had to work at it. The beginning wasn’t all roses; we earned the love we share now.”

Rafael swept Brandie off her feet on the day they were engaged at Mountain Lake Lodge in Pembroke, Virginia, better known as the site of Kellerman’s in the classic movie, “Dirty Dancing,” Brandie’s favorite.

Rafael reserved “Baby’s table” for dinner and then walked Brandie to the infamous gazebo that was used in two scenes of the movie, the scene now where Rafael got on one knee after dancing to a few songs and proposed.

“It left me speechless,” shares Brandie on Facebook. “‘Dirty Dancing’ is my most favorite movie ever, and I’ve probably watched it a million times! … It was the most sentimental trip I’ve ever experienced. This movie represents so many great fantasies I had as a child on life and love – not to mention pretending to be ‘Baby’ any chance I got!”

Baby, or Brandie, was anywhere but in the corner on her wedding day January 23, 2021, when the couple again celebrated their love in a weekend getaway at Mountain Lake Lodge amidst an intimate number of guests that included siblings, Rafael’s mother and the couple’s children.

Brandie wore a simple, elegant sleeveless gown with an open back and nude heels. Rafael actually helped her say yes to the dress, the first one she tried on! Simple nuptials were the theme of the weekend.

“The simplicity was perfect,” says Brandie. “We wanted time with our families and the snow was a special touch. It was not falling, but the grounds were covered in snow, so the fireplace setting with snow views was perfect.”

A winter wonderland ceremony that was short and sweet was what bride and groom had on their wedding wish list, so they chose a weekend in the mountains of northern Virginia likely to have snow in the forecast, dinner by the fireplace, and a short vow exchange. Writing his own vows that he would share with his bride in front of a small group of family members was one of Rafael’s highlights of their special day.

“For me, it was realizing the hurdles I have experienced to find him,” says Brandie. “It all hit me when I was sharing my vows. And we’ll never forget freezing tremendously to get the perfect snow pictures. It was funny, but painful!”

Both bride and groom claim their Big Day was all about marrying their best friend.

“God has been so good to us,” says Brandie. “I’m fortunate to find someone who loves me with all my flaws, encourages me to face all my fears, is selfless, comforting, and has my back even at times where I didn’t have his. … After all the pain both of us have endured, it’s almost magical to say we deserve love just like this! We both have a ton going on professionally and personally, so now we get to just relax and enjoy…” 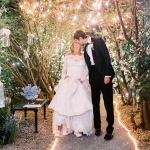 Fly fishing would connect this couple with a lifetime of happiness 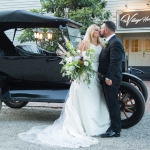 Summer & Brian at the Village House at Litchfield

A night of caroling turned into a lifetime of love 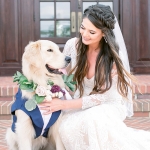 This pair is almost as passionate about travel as they are about each other
GENERAL TAGS:
food / myrtle beach / Virginia