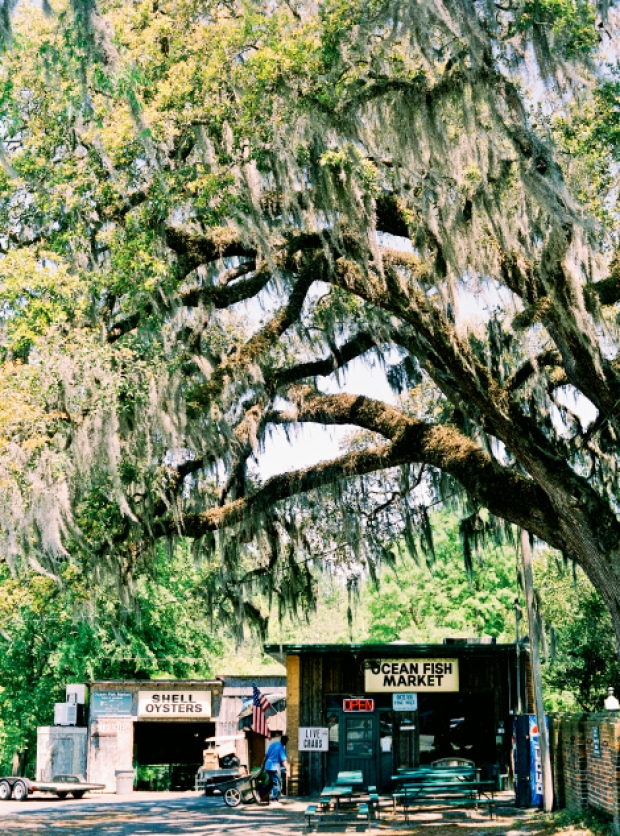 Walking through downtown Conway on an unseasonably warm winter day is probably not all that different than it was 50 years ago—think Mayberry meets Mark Twain’s Hannibal, Missouri, with a few nice updates. Just 13 miles west of downtown Myrtle Beach, Conway is among South Carolina’s oldest settlements, pre-dating the American Revolution to the early 1700s. With a dozen or so buildings and homes on the National Register of Historic Places, the old city has lost little of its original charm. The same lazy blackwater Waccamaw River that years ago carried the indigenous first Americans, then the Spaniards, British colonists and merchants, slaves and patriots, confederates and unionists, tobacco farmers and tourists still invites travelers and settlers today.

Multiple generations of the same families still live and work in the Conway area and regularly welcome new visitors and residents into the small, quintessentially Southern town that has been Horry County’s government seat since 1801. On the day I visited, I took a few notes. An old, green Ford pickup truck sits with a troublesome idle at the stoplight near the city’s famed clock tower in the heart of the downtown Historic District. Crady’s restaurant on Main Street, celebrating its 10th year in business, is lively with a lunch crowd, a sign in its window alerting customers that the restaurant will open for dinner and after-show revelry on performance nights. Across the street,the Theatre of the Republic, a community theatre troupe that stages musicals and plays at the Main Street Theatre, makes downtown a show town on these especially fun evenings. A dozen funky little boutiques, antique shops, jewelry stores, hometown banks, specialty shops, museums, restaurants, throwback diners and ice cream shops—even an old-fashioned barbershop—serve the town’s residents and tourists.

But this is a practical town too, and though big-box retailers encroach from all sides, the rare and thriving downtown is finding its niche with specialty stores and service-oriented shops.

On Laurel Street, Irwin Thomas sweeps the sidewalk in front of Conway Television, the repair shop he’s owned for 23 years. Through his front window you’ll see a mix of antiques for sale and a mountain of shelved TV parts, which sit stacked like old bones—relics of a passing age. He says business is good, thanks to poorly made modern TVs. “These new flat screens don’t last nearly as long as the old tube types,” he says, pointing to six of them just in for repair. “If you’ve got an old tube TV, hang on to it as long as you can.”

Also on Laurel Street, Abrams Department Store is one of the oldest continually operating businesses in Horry County. It’s owned and operated by Sam and Eileen Abrams, married for 47 years. Sam Abrams is the third generation of the Abrams family running the store, which still sells men’s and women’s clothing, children’s clothing, shoes, hats and an enormous selection of miniature village collectibles so large and so varied that it must be seen. Children will especially delight in the miniatures and the year-round Christmas shop.

A few blocks away at the unassuming Ocean Fish Market on Kingston Street, the door sits propped open by a couple of old bricks. The market’s fish case is filled with ice and brimming with flounder, tilapia and other whole fish, gutted and scaled to order. I opted for a fried flounder sandwich and a small Coke ($7.14), which came with three large flounder filets, lightly breaded, along with two slices of white bread and a packet of Texas Pete’s hot sauce. This little piece of golden-fried heaven was served out of a shack that looks like a spot you’d keep your lawn mower—just my kind of place. Three picnic tables out front had a few patrons enjoying their meals, sitting under the shade of a gargantuan live oak whose trunk thrusts up from the cemetery at the Kingston Presbyterian Church next door. The large Greek Revival church, built in 1858, is one of the many antebellum structures in the town. Its congregation first met at a meetinghouse on the same site in 1756.

The trees on the grounds of this church are worthy of an afternoon of contemplation—in fact the Arbor Day Foundation has named Conway a Tree City USA.

A Bit About Live Oaks

An enduring and iconic image throughout the coastal regions of South Carolina and the south in general, the Southern live oak is an especially hardy and long-lived evergreen species of oak whose branches often spread wider than the tree is tall. Its great arms take on a unique, human-like character that makes each tree an individual. Its great size and strength was vital to shipbuilders of the past.

Some of the oldest live oaks are estimated to be more than 1,500 years old. Conway’s live oaks are of such importance to the city’s character that nine of them have been named and have specific historic importance. The Hanging Oak, on the corner of Main Street and Third Avenue, was the site of countless public executions until 1908. The Alligator Oak has a circumference of nearly 19 feet (and is still growing). It sits in the cemetery of the First United Methodist Church on Fifth Avenue. A “Tour of the Live Oaks” brochure is available at the Conway Visitor Center at 903 Third Ave. The center is also the starting point for a self-guided Historical Trail Walking Tour.

Since 1996, Pat Breeze has been greeting visitors stopping at the center with her well-informed smile and an armful of brochures. After 30 years as a Conway resident, Breeze says she finally feels like a true local.

Conway is especially skilled in self-promotion, led by an effective and active Chamber of Commerce and a non-profit organization dedicated to the city’s Historic District.

“We are here to promote and preserve historic downtown Conway,” says Conway Downtown Alive’s Executive Director Hillary Howard. “We try to present one major event per month.” The group evolved from an association with the National Main Street USA and Main Street South Carolina groups, but recently became an independent organization.

While Conway is both a shopping and dining gem, it’s also a great place for a getaway or a peaceful stay-cation. While several independent and chain motels offer accommodations, one particular family-owned bed and breakfast has garnered some serious accolades since its opening.

Overlooking the Waccamaw River and the boats moored at the Conway Marina, The Cypress Inn is a 12-room guest inn that opened in 1997 in a purpose-built structure resembling a turn-of-the-century farmhouse. The inn changed ownership when a family group, Hugh and Carol Archer and George and Anne Bullock, purchased it in 2006. “We searched the whole Southeast for a suitable property and found this,” says Hugh Archer, who is one of many business people invested in Conway and its future. The AAA Four-Diamond inn, which is also on the Select Registry of Distinguished Inns of North America, offers antique-filled rooms, rocker-lined porches, in-room and day spa packages, a meeting facility and all the pampered comforts of home, including a Southern-style breakfast each morning. Seasonally adjusted room rates vary between $140–$240 per night.

Guests regularly enjoy the nearby public parks and the Riverwalk, which meanders along the black-as-molasses Waccamaw River. It connects the downtown Historic District with the riverfront and Old Warehouse District, which includes the Peanut Warehouse and the Sidewheeler, both of which are now banquet facilities housed in historic buildings. The Sidewheeler, named for the large steam-driven paddleboats once common on the river, was a popular Conway restaurant for many years before a devastating fire in 2009. Refurbished and reopened, the facility now accommodates banquets and special events.

Conway is known for its wide variety of restaurants, including the national chains of its commercial core on U.S. 501, U.S. 701 and Church Street, as well as its independent offerings in the Historic District. A dozen or so eateries offering everything from fine dining to ultra-casual fare await patrons visiting the downtown area. Rivertown Bistro, The Trestle and Chan’s Garden are just a few.

While the city as a whole seems healthy and the commercial core on U.S. 501 between Coastal Carolina University and Conway Hospital has grown considerably faster than other parts of the Grand Strand, Conway’s downtown district does show signs of some loss, part of the natural ebb and flow of business. More than a few empty storefronts with for lease signs now sit where just a couple of years ago I enjoyed a sandwich, bought a book, perused art for sale or sipped a fine brewed cup of coffee.

“Conway is all about ‘shop local, support your neighbor,’” says Bridgette Johnson, Executive Vice President of the Conway Chamber of Commerce for the past eight years. She concedes that Conway, like most communities, has been hit by a tough economy, but she keeps her eye to the future, looking for areas of growth and supporting the new businesses that open, as well as the robust anchor stores that call Conway home. “We’re seeing more Coastal Carolina University students. They seem to like the Crafty Rooster, which offers some great nightlife, though we need more. We’ve got to keep this place fresh and moving forward,” she says.

While openings and closings are inevitable in any business district, certain businesses with the right mix and the right niche products still flourish. Bodega Kitchen & Tablescapes is one such shop, with owners who felt drawn to the city on their first visit.

In a century-old mercantile building on Main Street, Bodega has been delighting shoppers for six years with its family-run specialty store featuring food, kitchen and bath products, wine, and just about everything you’d need to prepare and present a meal. Husband and wife Stan and Debby Stephens are typical examples of those who discover Conway, almost by accident, fall in love with it, and make it their home. “Stan and I grew up in Georgia,” says Debby Stephens, “and we’ve lived all over. We decided to leave our corporate lives [to start this business]. We looked for a spot from Wilmington to Savannah, and because we’d owned a condo in Little River for years, one day we thought we’d come explore Conway, a place we’d never visited. When we came over that bridge…we said ‘Oh, we’re home.’”