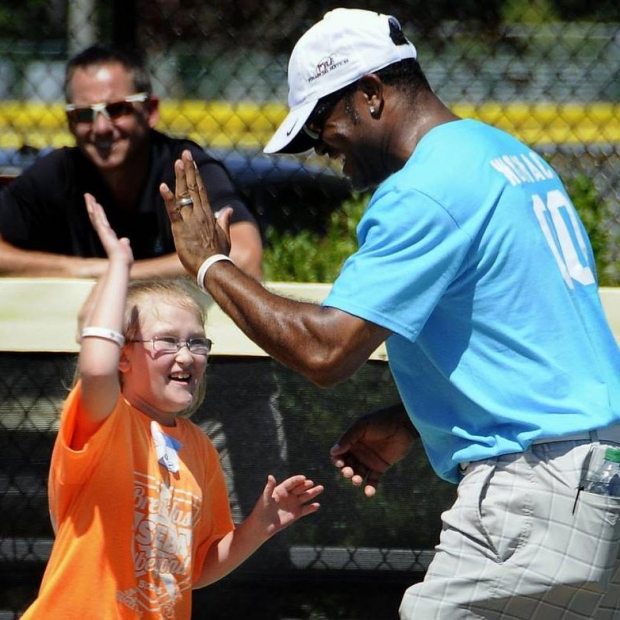 Those with “special needs” face challenges in many forms. There are those with minimal or even profound mental and emotional issues and others with severe physical limitations, keeping them wheelchair-bound. The Grand Strand Miracle Leagues (GSML) delivers a winning combination of structured team sports to kids, teens, young adults and a handful of middle-aged men and women who benefit from the fun and camaraderie that only team sports can offer. The GSML program is so successful that it’s known as one of the most innovative in the nation and stands as an example to some 275 autonomous chapters around the U.S. and the globe that follow their lead.

A lean organization using borrowed conference rooms instead of expensive offices and with only two on paid staff, the GSML has served the community since its founding in 2002. A purpose-built GSML athletic field near Pepper Geddings Recreation Center in Myrtle Beach is a state-of-the-art, rubberized and mixed-use facility hosting baseball, soccer, golf and a wide variety of activities for its participants.

The organization was born in Conyers, Georgia, in 1998, when one forward-thinking youth baseball coach invited one kid in a wheelchair to hit and run the bases at every game. The concept proved to be so popular that soon the Rotary Club got involved and within a year or so four teams were formed, made up of only special needs kids who simply wanted to play baseball. In 2002, the program came to the Grand Strand.

“We’re the second Miracle Leagues in the nation, or anywhere, and we’re very proud of that,” said Executive Director Jennifer Averette, a mother of three who works from home and, in season, from the James C. Benton Miracle Leagues Field. Local real estate consultant and environmental technology advisor Paul Booth, along with the Benton family of Myrtle Beach, helped make the GSML a reality. Carson Benton, of C.L. Benton & Sons, a construction and contractor services company, has served as GSML chairman for around a decade.
A large support group of volunteers are needed to make any Miracle Leagues program work, and it’s sometimes difficult to know who gets more from the program, the volunteers or its participants.

“Hollywood” Howie Weinberg and his wife, Donna Weinberg, are both GSML volunteers. They moved to the Myrtle Beach area after leaving their New York home to retire. For some 30 years Howie Weinberg worked production and staging jobs for Saturday Night Live, as well as for countless soaps, Good Morning America and other television and movie productions. After the couple moved to the area, Howie says he “got restless, looking for something to do. The Grand Strand Optimist Club turned me on to the wonderful Miracle League and I started volunteering for them in 2006. [Donna followed suit some years later.]  We’re coaches, but we really just watch over the kids, who don’t even know they’re disabled. To see their appreciation and joy is the reason we do it. The kids get interaction. We laugh, smile, and it’s their opportunity to be part of the team.”

Donna Weinberg agrees. “It’s pure joy,” she said. “The kids get to be a part of something. A lot them have [able-bodied] brothers and sisters on sports teams, and this is their chance to do the same thing.”

Van Abbott, originally from the Pocono Mountains of Pennsylvania, has lived in Myrtle Beach for 15 years. Abbot’s stepson, Jacob, now 24, was diagnosed with autism as a child and showed interest in sports at school, but had limited opportunity to participate. “As Jacob and his friends were getting older and getting into high school, they wanted to play team sports,” said Abbott, “and the Miracle League was there for us.”

Abbott has served as the baseball coach for the advanced GSML team, the Mariners. “We play more like regular baseball, with some adjustments, but we keep score, have outs, just like in regular play. We take teams to the Special Olympics as well. Sports were always good to me, and this is a great way to give back. I enjoy watching the kids improve from year to year and seeing how much they enjoy the team sports. “

By contrast, most players in the GSML program participate in simpler games where everybody hits, everybody runs the bases, everybody crosses home plate and there’s no rush. Players requiring assistance get a “buddy,” often an older teen or volunteer adult who assists the player where needed. But its not just about baseball, and that’s where the GSML differs from other chapters.

“We’re unique in that Miracle Leagues are typically only baseball,” said Averette, “but we expanded to include soccer, golf and the All-Star Park, an ADA-approved [Americans with Disabilities Act] playground. I get calls every day from other Miracle Leagues directors asking how we did it.”

Averette has been at her post for just under two years and has a long history in marketing and public relations, dating back to her work at the former Gatlin Brothers Theater, the Palace Theater and as former executive director of Murrells Inlet 2020. Fundraising plays significantly into her role as director.

“Long before I started here we hosted Songwriters in the Round,” said Averette, “where we bring in professionals from the Nashville music scene to perform for our guests and sponsors.” The event remains the GSML’s largest single fundraising effort. Phillip Lammonds, who lives on the South Strand, heads up this event. Lammonds is widely known and respected for his songwriting craft, having penned or co-written for dozens of Nashville and Carolina recording artists including Hootie and the Blowfish, Edwin McCain, Lee Brice, Kellie Pickler, Craig Morgan, Josh Turner, The Blue Dogs and for the ABC TV drama Nashville.

While fundraising is a necessary part of the growth and support of any non-profit, the GSML serves a population of kids and their parents in a way that no other does.
“We serve kids of all ages,” says Averette. “We like to say 4 to 42. And, yes, we do have adults. I call them kids, but some are not. We have all ages and abilities and some who move on to more competitive events and individual sports through the Special Olympics.” Including School Days visitation programs, along with regularly registered participants, the GSML reaches around 500 special needs kids along the Grand Strand, all at no cost to the families.

“We have sponsors say, ‘it’s so great what you do, but I couldn’t come to any of the events, because it’s just so sad,’” said Averette, “and I have to tell them, no, it’s not sad. It’s a happy place. The kids are getting cheered for and they’re participating in team sports. It’s so important for sociability and learning how to work with others. These kids know their teammates, they have their certain dugouts, and it’s really a comfortable place for them to come every week. We play music, we feed them, our announcers call them out by name on the P.A., we play their favorite songs. ...  It’s a very happy place. If there are tears from onlookers, they’re tears of joy at how happy these kids are.”

If you’d like to volunteer for the Grand Strand Miracle Leagues, go to gsmiracle leagues.com for more information. 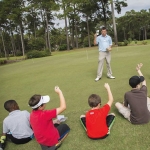 Tee It Up for Kids 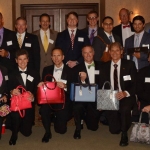 A Handbag for a Cause