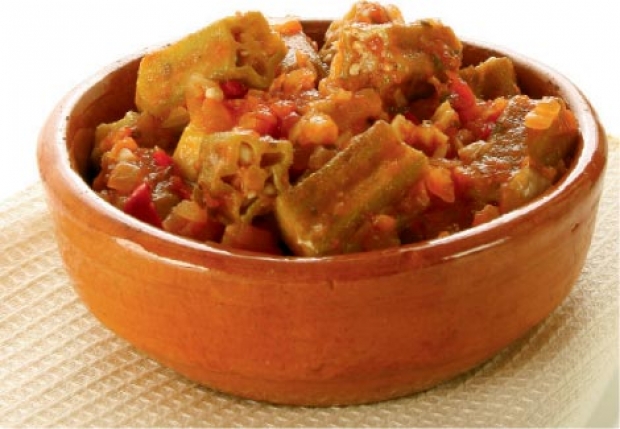 Spend time in the Lowcountry, and you’re bound to hear the term Gullah. The Gullah people, descendants of South Carolina slaves who worked Lowcountry rice plantations, have retained much of their traditional culture and foodways. Many Gullah families continue to reside on the Sea Islands where their ancestors were left in isolation during the South’s fever-plagued summers.

These slaves, most from Sierra Leone, were unable to communicate with whites—and, in some cases, with each other—and developed a Creole dialect, incorporating several West African languages peppered with vocabulary and grammar from English, West Indian, and other tongues.

And much like their patchwork dialect—or the hand-clapping, foot-stomping, praise music of their worship services along the Carolina coast—Gullah cuisine sings in vibrant notes. It is food based on necessity, dedicated to getting the most out of whatever ingredients are on hand. In the case of the Gullah, that means rice, the ingredient still at the heart of this simple way of cooking. One-pot meals, such as gumbos and pilafs, came over with the Africans. The Gullah then cooked up their own riffs, creating culinary symphonies that blend spices such as paprika, red pepper, mace, cinnamon, and ginger with locally available shrimp, crab, pork, and tomatoes—not to mention okra, the seeds of which they brought from their homeland.

Gullah is a cuisine that exalts the bounty of the fields and the sea, one that honors kinship and enjoying meals together. So clap your hands and stomp your feet—we goan eat, the Gullah way.