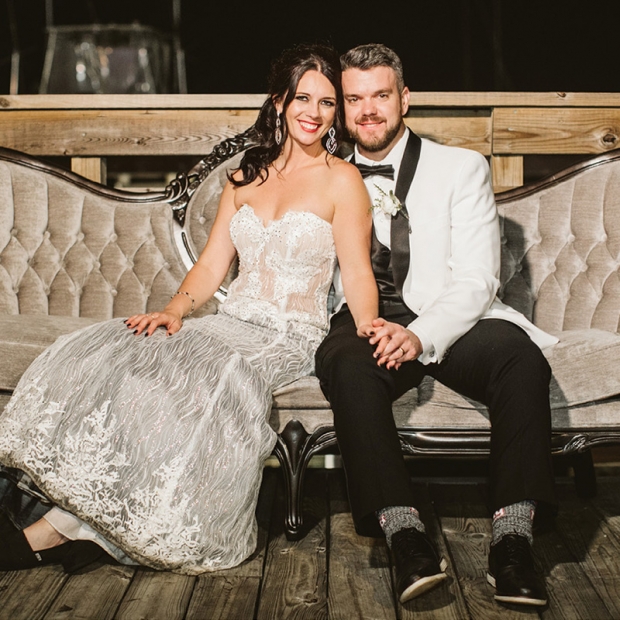 Santana and Bill first met through mutual friends, and later worked for the same company. After almost six years together, the pair set off on a trip to Puerto Rico. Bill proposed by writing a song, recording it in a music studio and then singing it thousands of feet above the ground on their flight.

The November 9, 2019, ceremony was at 620 Prince in Georgetown. Since the bride is an event planner with her own company, Events by Santana, she knew how to make her big day perfect. There was lots of black and white with accents of rich, dark fall colors, with florals by Royal Decor.

A reception at Maritime Park featured seating charts with beer growlers and table numbers shaped like beer bottles. A bourbon bar was named after the pair’s dog, Sunday, and the signature cocktail was the “Sunday Funday.” Buttercream Cakes & Catering created the unique cake with touches of bling, and Oracle Blue and Globaltruth Entertainment kept the dance floor full.