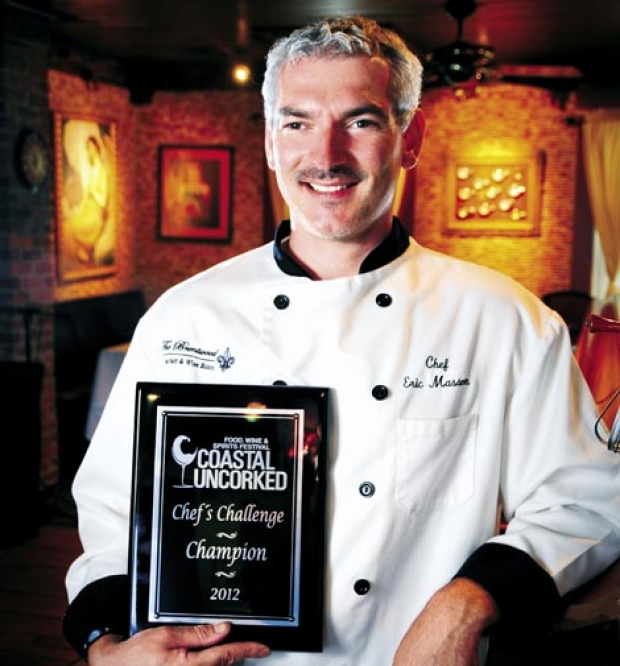 Four area chefs competed for the right to challenge Masson in the final round. Those chefs were Andrew Gardo of the Sea Captain’s House, Bradley Daniels of Croissants Bistro & Bakery, Corbett Rourk of The Dunes Golf & Beach Club and Eric Wagner of Horry-Georgetown Technical College. Gardo won the quarter- and semi-final rounds and took on Masson in the finals.

The chefs were given secret ingredients just minutes before the competition started. For the final round, host Tom Mullally of Horry-Georgetown Technical College announced the ingredients would be local triggerfish, pickled watermelon rind and fresh black truffle. With just 20 minutes to create and prepare the dish, Masson came up with the winning dish, Potato & Truffle Crusted Triggerfish.

Masson credits his success in the competition with the years he trained as a chef in Paris. “You can’t really prepare much. It’s the experience. I was lucky enough that I trained and worked in Paris. In the mornings I would go to market and pick up seasonal ingredients that would make up the night’s menu.”

The Potato & Truffle Crusted Triggerfish will be offered as a special to their menu. If you’d like to try it at home, you can find the recipe at www.grandstrandmag.com.