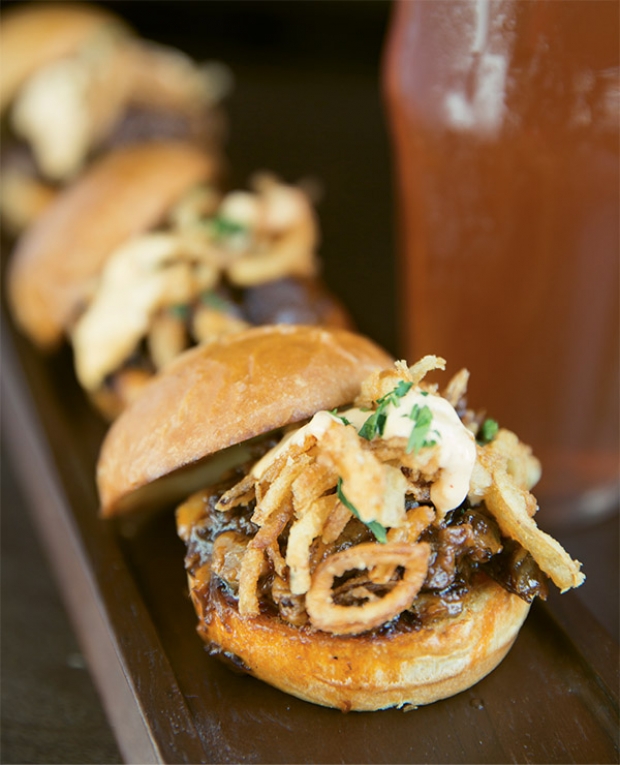 At first glance the gastropub American Tap House presents a star-spangled canvas painted with craft beer and sports on two dozen big screens within a large, open, rustic space—pure Americana. But hidden just beneath all the exposed brick, industrial lighting, reclaimed wood and red, white & blue décor is a menu as worldly and diverse as America herself—a veritable melting pot of international flavors and options that seem to suit just about everyone.

More than 40 craft beers, many of them regionally sourced, are on tap, along with domestics, wine and plenty of liquor choices, all served at a giant L-shaped bar, maybe the largest in Myrtle Beach. High-top lounge tables, overstuffed booths and clever décor are all anchored by creative cuisine, which sets American Tap House apart from so many cookie-cutter concepts with the same ol’ play-it-safe menus. Sure, you could order Fish & Chips or the Morning After Burger. But why not eat a Cubano sandwich? It features Cuban-seasoned roasted and shredded pork shank, sliced ham, ale mustard and Swiss cheese. Or Korean BBQ Shrimp Tacos with handmade tortillas stuffed with fried shrimp, Asian BBQ sauce, tomatillo salsa and queso fresco? Now that’s American! 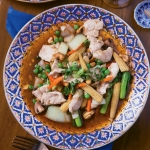 When it comes to Thai, Blue Elephant is keeping it real 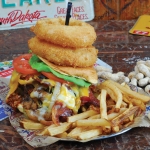 Best of the Grand Strand

The readers have spoken. With literally a thousand or more establishments to enjoy breakfast, brunch, lunch and dinner between Georgetown and Little River, the readership of Grand Strand Magazine and their online voting have created a “best of” guide to the area’s many excellent restaurants. 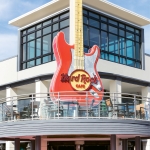