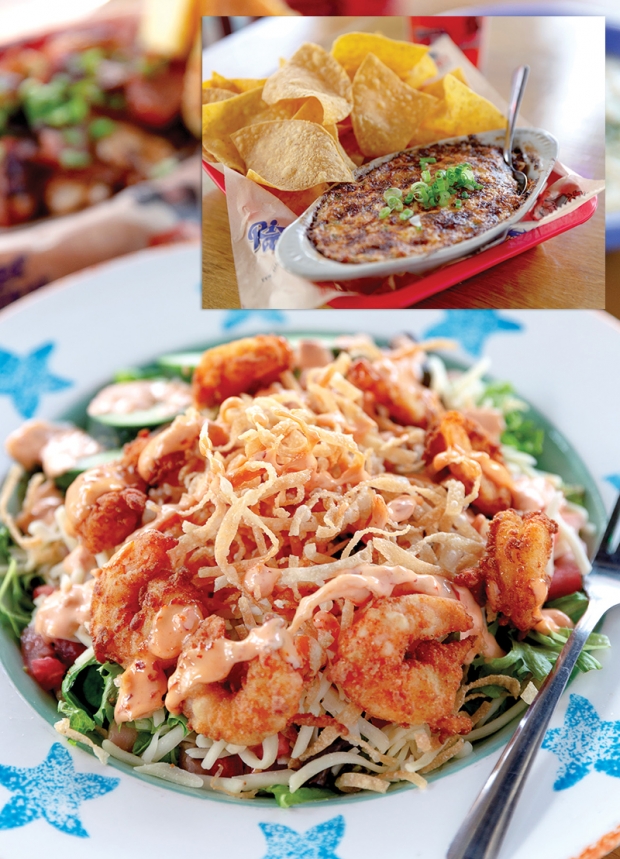 Cooked to Perfection: The Bangin' Shrimp Salad and the Blue Crab Dip (inset) are two delicious options for seafood fans who may not be raw bar fans.

There may be some misconceptions about Pawley’s Raw Bar, starting with two-thirds of its title. The first word is accurate; the crab and seafood shack is located on Ocean Highway in the seaside village of Pawleys Island. But the next two words can be scary for those with more conservative palates.

“Raw” does not equal “bait shop for humans,” as finicky foodies like to call them. In fact, virtually the entire menu is made up of cooked-to-order dishes that will not attempt to swim or scurry away. And “Bar” doesn’t paint a complete picture. Yes, a spacious bar occupies much of the main dining area, but PRB is very much a family-friendly restaurant with a diverse menu to satisfy all taste buds.

That was an important distinction for my family during a recent visit to PRB. My teenage daughter and I love oysters, while my wife refuses to eat (or even look at) the sweet morsels from the sea. Our concerns were quickly settled by the open-air patio deck with corn-hole boards and a massive playground visible from the front, reflecting PRB’s desire to cater to all tastes and ages. We also were happy to learn they are a part of the locally based Divine Dining Group, which includes popular eateries like River City Cafe and Nacho Hippo.

The first thing to strike us as we entered was the rustic decor, complete with old lobster traps and other nautical-themed trappings displayed on the wooden walls and floors. As one might expect from a place that bills itself as a raw bar, PRB offers a wide variety of oysters and other shellfish, including steamed crab legs, shrimp, mussels and little neck clams. Patrons can enjoy raw Apalachicola Bay oysters or Cold Water Selects on the half shell the traditional way—over a bed of ice with lemon, saltines and cocktail sauce.

However, we opted for the local steamed clusters that most South Carolinians prefer (Tip: you can never go wrong at a raw bar by ordering off the chalkboard instead of the menu). They require a little work with the oyster knives but the do-it-yourself deal was too good to pass up.

While the Apalachicola Bay oysters on the half shell run for $20 a dozen, we received approximately triple the number of oysters for half the price by ordering the clusters and shucking them ourselves. Local oysters “taste like the ocean,” as South Carolinians proudly proclaim when outsiders say they are too salty. We broke down a small order of about three dozen oysters for only $9—a bargain anywhere on the Grand Strand.

We were pleasantly surprised by the depth of the main menu, which includes a wide selection of soups, salads and sandwiches. The She Crab Soup was on point, as was the Bangin’ Shrimp Salad. We were filling up before we could even consider the fresh-catch seafood platters, which come with hushpuppies, fries and slaw.

My wife and daughter split the Blackened Mahi Mahi Sandwich, which came with fries and Carolina-style slaw. I was tempted to order the Lowcountry Boiler Pot, but I sensed I couldn’t count on support from my party. I also considered the Surf & Turf combo featuring grilled skewered shrimp and a ribeye, but I opted to go off-menu. 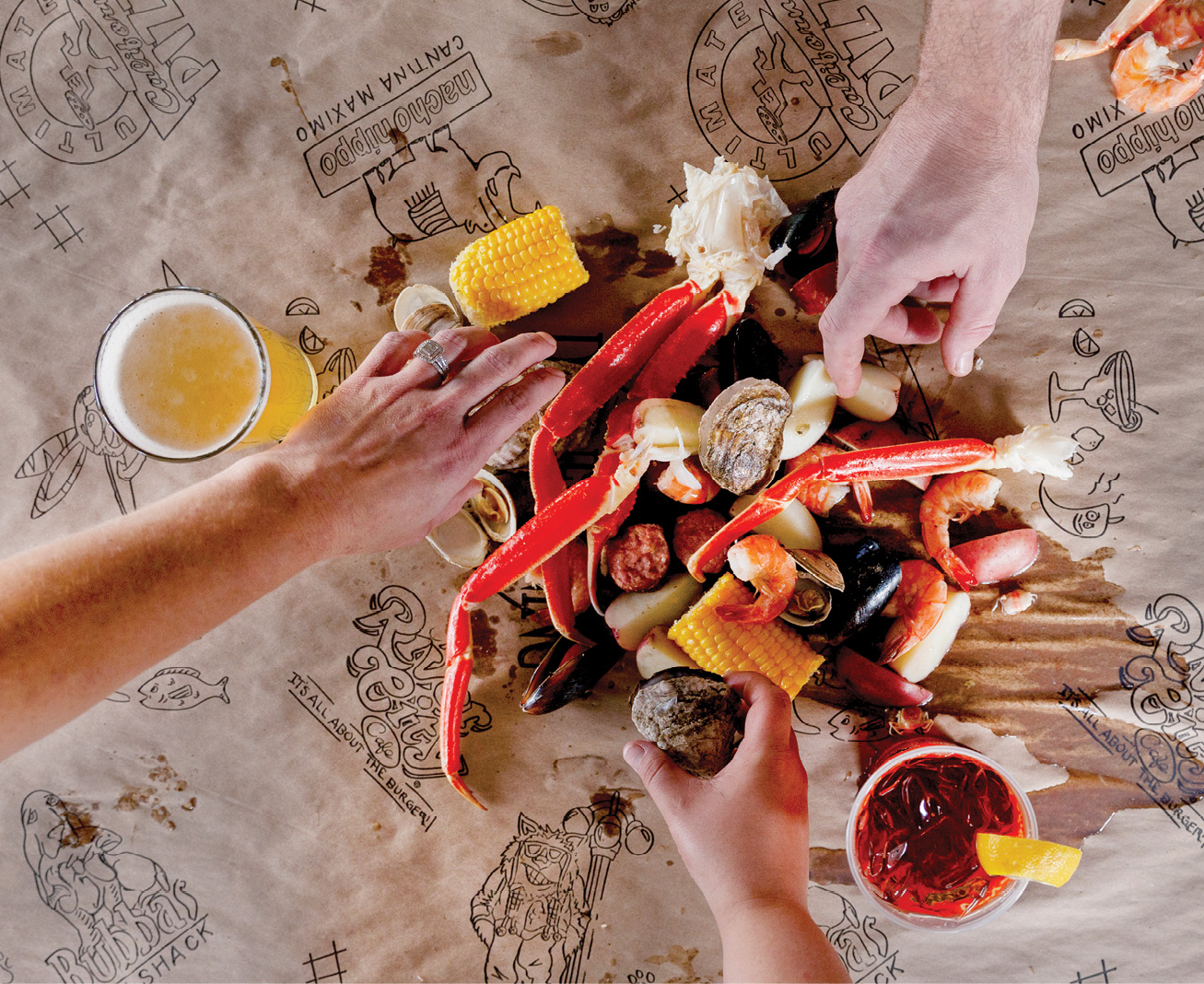 Boil it Down: The Lowcountry Boiler Pot features shrimp, mussels, clams, oysters, crab legs, corn on the cob, sausage and red potatoes, all boiled together in a concoction of Old Bay seasoning.

One of Pawley’s Raw Bar’s hottest specials is the Lowcountry Cornbread, which might not sound like a meal until you dig into it. Featuring traditional Carolina cornbread with jalapeno peppers, green onions and Monterey Jack cheese, the foundation is smothered in blackened shrimp, andouille sausage and house-made etouffee sauce, a spicy roux that soaks into the cornbread and brings it all together.

The embarrassment of food riches made the debate over dessert short yet sweet—Key Lime Pie or Peanut Butter Pie? We chose to stick with the coastal theme and share a slice of Key Lime Pie that was a nice balance of sweet and tart. Despite the seafood feast, we managed to take a short tour before departing. We discovered a lot more outdoor seating, including various patio sections. The bar menu features a broad selection of beers and specialty drinks, like Oyster Shooters and a fruity Plantation Punch.

The beach-casual atmosphere was friendly and festive, and the decor is in keeping with Pawleys Island’s “arrogantly shabby” motto. For fresh local seafood and a laid-back Lowcountry vibe, Pawley’s Raw Bar hits the spot. 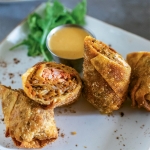 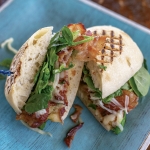 The Sneaky Beagle Serves Up Great Eats in Carolina Forest