Mutiny on the Grand Strand 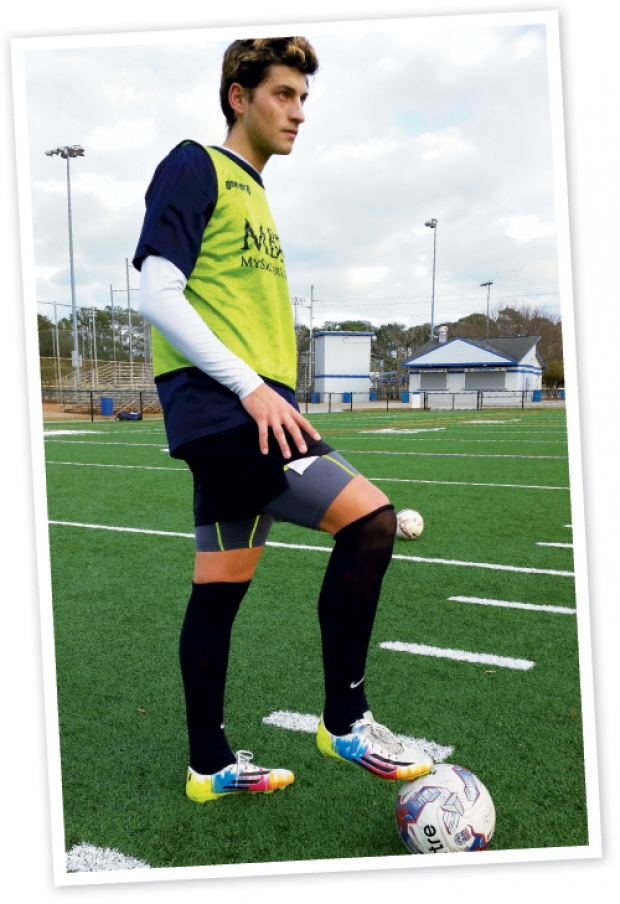 There is a mutiny developing on the Grand Strand, but instead of firing cannonballs, they’re firing soccer balls. The Myrtle Beach Mutiny have made a name for themselves in the Southeast Division of the National Premier Soccer League in only their fourth year by finishing third in 2012, second in 2013 and fourth in 2014. “The Mutiny Crew” is a team motivated by a love for the game and a desire to improve to the advanced level of professional soccer.

Driven by a passion for the game and a desire to give back to the community, sporting director and assistant coach Pat Piscitelli works with local businesses to make sure the players have the tools and coaching necessary to sharpen their skills.

“This year I will have kids from the USA, Chile, England, Spain, Uganda, Ireland, Venezuela and Brazil, and my goal is to see each one advance to a higher level in professional soccer. They come in as young men and we strive to build their character both on and off the field so that they leave as men.”

This was evident last year when one of their players, Brett Lucia, received national recognition by becoming the first player ever selected from the club to represent the South Region in the NPSL Combine Championship held in Ft. Lauderdale, Florida. Incidentally, he also scored the game-winning goal in his first game with the Mutiny.

The owner of the team, Coast FA (Futball Alliance), is a local non-profit organization dedicated to promoting, developing and teaching organized youth soccer. Youths ages 4-17 are offered the opportunity to realize their full potential by receiving training in skills, tactics and fitness, while promoting strong player commitment, good sportsmanship and parental support. And of course, they also offer a shot at the big time with a future spot on the Mutiny.

The season begins Saturday, April 25, at 7 p.m. at Ashley Booth Field at 3205 Oak St. in Myrtle Beach against the Jacksonville United. Their mantra is “Get behind the Mutiny!” A full schedule is available
at www.mbmutiny.com.