Meet the Winners of the Grand Strand's Cutest Dog Contest 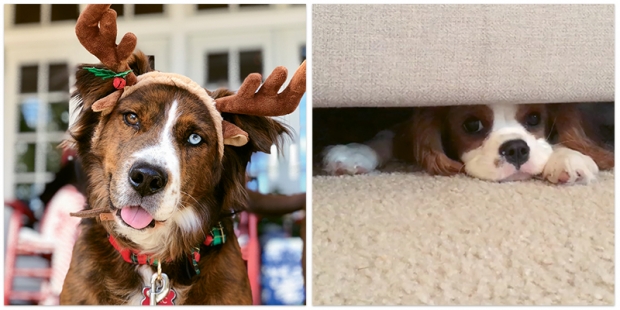 Ashton DuBose and her husband weren’t planning on adopting another dog in February 2017 since they already had two. But a friend asked her to foster a Chowsky (half Chow, half Husky) until a forever home could be found. As probably happens more often than not with foster animals and their caregivers, Macaroni the Chowsky charmed his way into their hearts and home. “He was such a good fit,” said DuBose, speaking to us while taking a break as spa manager at Stox & Co in Murrells Inlet. She also works nearly every night at Lee’s Inlet Kitchen, her family’s restaurant for four generations and a Murrells Inlet institution. “I was worried that he’d be too rough on my older yellow lab who’d had health issues in the past, but he never once jumped on her. He’s so chill.

DuBose said Macaroni is very needy. He wants to be “rubbed on 24/7,” and if you dare stop, he gives you the “stink eye” and wonders what’s happened. Macaroni loves his stuffed animals but grows tired of them quickly. His current toy of choice is a stuffed monkey nearly as big as he is. “It has multiple squeakers,” DuBose said, “and he carries it around with him wherever he goes. For now.”

As winners of the Cutest Dog Photo Contest, the DuBose family, with their three fur babies, will share a $100 gift certificate from the Animal Hospital of South Carolina.

The winner of our video contest is Bitcoin, owned by Carmen Miller. When Carmen and her family decided Santa was to bring them a Cavalier King Charles Spaniel last Christmas, they named the pooch after the investment that paid for him, Bitcoin, a reference to the cryptocurrency that became an investment vehicle 10 years ago.

“Bitcoin turns one in August,” said Miller, “and he’s the cutest ever. We love him.” Miller says Bitcoin’s personality began to manifest itself shortly after getting him. “He talks back all the time. You can carry on conversations with him. Our houseplants annoy him at night. If he walks by a plant in the dark and a leaf touches him, he barks and yells at.”

In the video, Bitcoin is shown playing hide-and-seek with Miller, one of his favorite games.

“We never expected to win, and we’re thrilled. When Bitcoin thinks he’s being ignored, or is mad about something, he poops in my husband’s mancave. He’s fully housebroken and knows better, but that’s his revenge if he’s not getting enough attention.” Bitcoin and the Millers will also receive a $100 gift certificate from the Animal Hospital of South Carolina.

PHOTOGRAPHS COURTESY OF THE OWNERS 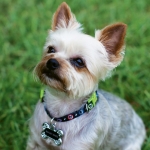 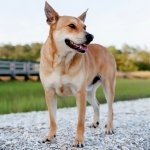 Once considered strictly a feral canine, the Carolina Dog is now nationally recognized 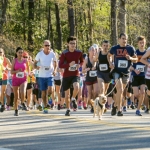