Take a tour of the south strand’s “Hammock Coast” 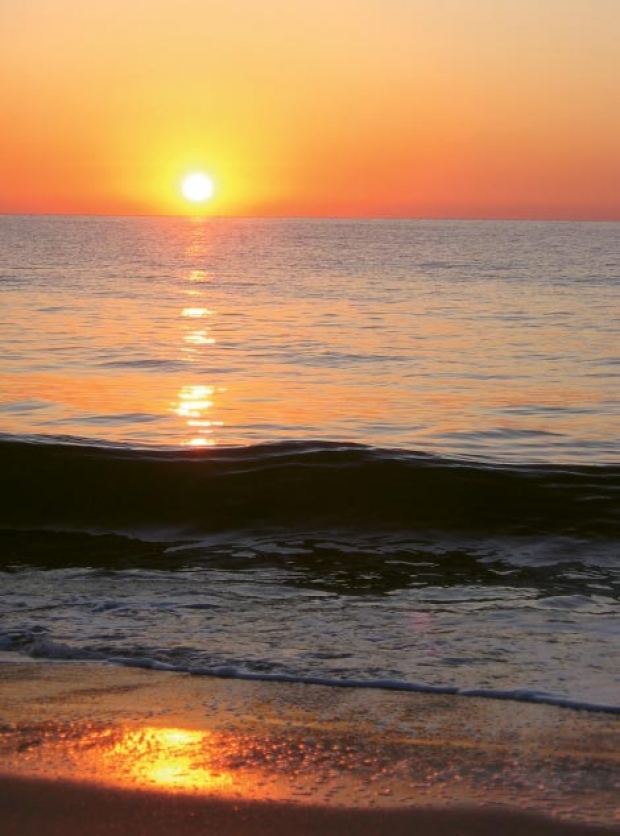 Just south of Myrtle Beach, the so-called “Hammock Coast” has for generations been the go-to Grand Strand destination for countless residents and visitors seeking the hammock lifestyle.

The Hammock Coast name was developed in 2010 as Georgetown County and its tourism arm sought to brand the coastal communities between Georgetown and Murrells Inlet, and even inland to Andrews. This collection of fishing villages, golf courses, wildlife sanctuaries, old beachfront communities, and at least one venerable old city (Georgetown), all suggest relaxation, preferably in a cotton, rope hammock.

While the Hammock Coast urges those within its warm embrace to find a lazy Sunday afternoon near a gentle sea-breeze, there’s more hidden in this often overlooked stretch of the Grand Strand than some realize, and fall is the perfect time to discover (or rediscover) its treasures.
Actual hammocks do play a role in understanding the region, so a visit to the Hammock Coast’s namesake epicenter might be a great place to start.

Pawleys Island
Some say the heart and soul of the magical Hammock Coast can be traced back more than a century to the Pawleys Island community, which is located half-way between Murrells Inlet and Georgetown. This was the place where riverboat captain “Cap’n Josh” Ward first commissioned the creation of a cool, comfortable, portable bed. When the Pawleys Island rope hammock, the first made without uncomfortable knots, was born in 1889, the world would soon know American ingenuity, craftsmanship and our penchant for leisure, all tied to the little Grand Strand community of Pawleys Island.

The celebrated Pawleys Island Festival of Music & Art runs through October 12. Among this year’s headliners, Marilyn McCoo and Billy Davis Jr. (of the Fifth Dimension), will be in concert on October 5 at the Reserve Club of Pawleys Island.

Litchfield
Nearby, Litchfield Beach (or just “Litchfield”), is a part of unincorporated Georgetown County, and owes its beginnings to a large antebellum rice plantation. By the 1960s, Litchfield became a highly sought-after residential and summer resort area. Litchfield by the Sea is a popular private golf and residential resort community sitting on nearly 5,000 acres. The commercial districts of Litchfield remind many of Hilton Head, where zoning, signage, and other commercial intrusions are well managed, offering “upscale” appeal.

Hobcaw and DeBordieu
Heading south out of the Pawleys Island and Litchfield communities, but before reaching Georgetown, you’ll find the gated community of DeBordieu, pronounced by locals as “Debby-do,” and the Hobcaw Barony Visitor Center.

Hobcaw Barony dates back to 1718 when one of the original Colonial Lords Proprietors was granted the tract of land. It was named using the Native American word “Hobcaw,” meaning “land between the water.” Later it became a popular hunting retreat for U.S. Presidents and visiting dignitaries from around the world. Today, education and preservation are its focus. This 17,500-acre wildlife refuge is home of the Belle E. Baruch non-profit organization. Limited tours, catch-and-release fly-fishing, and a visitor’s center make this a gem of the Hammock Coast.

Front Street is the home to most of Georgetown’s commercial ventures and tourist-friendly activities. Here, everything from sandwich shops to fine-dining restaurants are busy year-round, but Front Street is also home to fine antique stores, museums, the Keith House Bed & Breakfast, boating tours and festivals, including the 24th annual Wooden Boat Show on October 19.

Headed back north along the Hammock Coast, one last stop has so much to offer locals and visitors. We’ve saved this seaside treasure for last.

Murrells Inlet
Much to the chagrin of community leaders, locals joke that Murrells Inlet is a “little drinking village with a fishing problem.” Though very family-friendly, it gets its reputation for partying from the waterfront district called the MarshWalk.  Here some eight distinct restaurants border the creek-side boardwalk, called the MarshWalk, with another half-dozen directly across the road. Most, if not all, offer live music into the wee hours of the morning.

The enormously popular Lip-Rippin’ Chilympics, a fundraising chili-cook off event, draws thousands each year, and is scheduled for October 13 at Wicked Tuna along the MarshWalk.

Popular year-round with bikers, but especially in spring and fall, Murrells Inlet sees some of the heaviest traffic during bike rallies. Just south of the MarshWalk, the shorter but similarly themed Jetty View Walk, opened in late August, is home to a few popular restaurants and night-spots and features unspoiled views of the salt creeks and marshes of the region.

While dining, dancing and drinking (even its own reality TV show) will likely be forever connected with this small Hammock Coast community, a little further exploration is in order to fully appreciate Murrells Inlet’s diversity.

Huntington Beach State Park
Nature lovers enjoy the pristine, protected and preserved wilderness of Huntington Beach State Park, where alligators and rare sea birds share the briny waters near the park’s entrance. But beach lovers like the quieter stretch of sand that makes up the park’s oceanfront. No high-rise concrete spoils the vistas along this Grand Strand beach, so those in need of a little restorative communing with nature flock to its shoreline year-round. Fisherman trek out to the rock jetties, campers enjoy the hundreds of full-service sites and historians marvel at Atalaya, the park’s crown jewel.

Atalaya
Built in 1931–1933 in the style of Moorish Revival homes, Atalaya (Spanish for “watchtower”) was once the winter home of wealthy philanthropists Archer and Anna Hyatt Huntington. Originally from New England, Anna Hyatt Huntington (born 1876, died 1973), primarily used the Atalaya space as a workshop for her sculptures. Atalaya and surrounding acreage were leased by the Huntingtons’ heirs to the state of South Carolina beginning in 1960, when it became a state park. Widely regarded as one of the finest sculptors of wildlife in the world, Anna Hyatt Huntington’s works are found across the street at Brookgreen Gardens.

Sandy Island
A few descendents of the slaves that once called the nearby plantations home still live on nearby Sandy Island, home to the only School Boat in the state. The island is open to guided tours and Sunday church services for those with a way on or off the river island. No bridge or permanent ferry is in place, though it’s been a goal of the remaining residents for decades.

Today the Hammock Coast still resonates with history, ghosts and past sins of the fathers, but also modern conveniences and services. The region represents fine dining, shopping and leisure activities far removed from the Myrtle Beach neon and the hurried pace of Charleston, making it a beachcomber’s paradise.