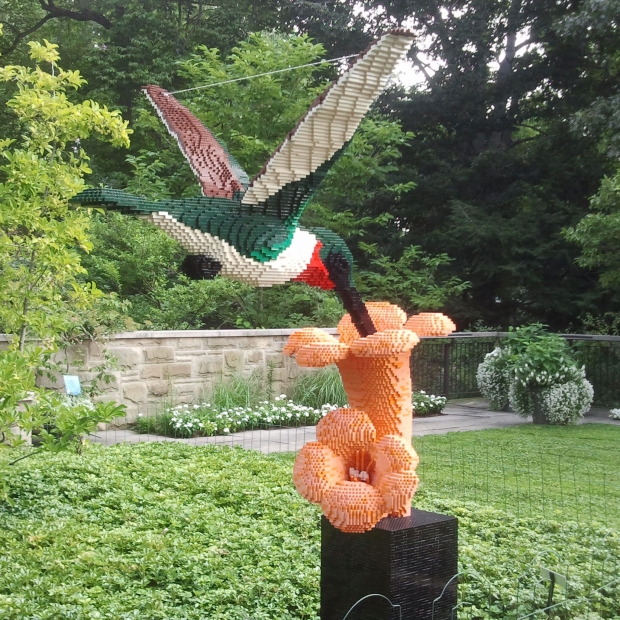 An accidental misstep onto a Lego is a common occurrence in some households that include imaginative children. Endure those sore soles because Lego bricks are making a big statement in the Myrtle Beach area this year with two exhibits to add to your calendar.

At Brookgreen Gardens, Lego bricks are embracing the environment with the Nature Connects exhibit. Now through September 5, 12 larger-than-life Lego brick sculpture installations will be featured in the Native Wildlife Zoo. Sean Kenney is the creator and is currently touring the country with his installations. Not only is his artistic ability stacked up to the rest, but his collection of Lego bricks is extensive since almost a half million are used while making some of his pieces, such as a 6-foot tall hummingbird, a 7-foot long dragonfly and a deer family made from 48,000 bricks.

Coming June 11, the Franklin G. Burroughs-Simeon B. Chapin Art Museum will begin a new exhibit, The Art of the Brick. Artist Nathan Sawaya will show his one-of-a-kind three-dimensional sculptures made entirely of Lego bricks. Parents and children will really attach to the artwork coming to the area and it could possibly inspire your little makers since they are the building blocks of our future.