April 2015
Written By:
Hastings Hensel
Who wouldn’t want to live in our hometown? 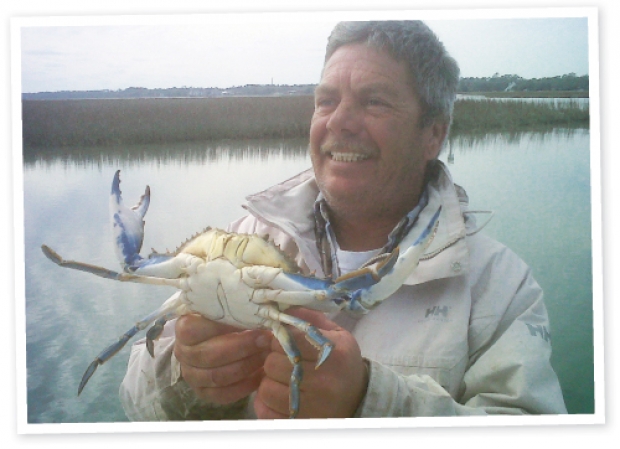 Every semester, this is the first writing prompt I give to my CCU freshman students: Convince me NOT to move to your hometown.

The point of the exercise is to get them thinking about argument and audience, but it’s also a way to teach them to craft more descriptive and specific sentences.

We begin together in class by using Myrtle Beach as our common example, and initial attempts always go something like this: “Don’t move to Myrtle Beach because of the traffic, the tourists and the heat.”

But we revise that. We work on it. And we arrive at something a little better, something like, “Imagine trying to live in a place with unrelenting humidity, the kind that makes your hair frizz up as you’re stuck in traffic on Highway 501, stalled behind some guy thumping

Blake Shelton in his jacked-up Ford F-150. Imagine you’re on your way to the fried seafood buffet, where you have to wait in line another hour behind the Henna-tattooed spring-breakers, all to gorge on over-priced, soggy fried oysters. Welcome to Dirty Myrtle Beach.”

We all have a laugh, and then I tell them that the other point of the exercise is to teach them about The Creative Lie. And they get it. Many of my students, in fact, love their hometowns. They can’t imagine bashing the place from which they came, and they seem relieved when I tell them that I, too, love where I live.

Indeed, anyone who’s ever been in love knows that you don’t turn a blind eye to your beloved’s faults. Rather, you understand that those faults exist alongside the best qualities. It’s cliché to lament the tourists or the permanently nested snowbirds. And it’s perhaps even more cliché to justify their presence solely in economic terms. You know how it goes: “Yeah, but the tourists and the snowbirds bring in all the money, man!”

Here’s the deal, personally: In my six years here, almost everything I’ve learned about where I live—Murrells Inlet—I’ve learned from a man originally from Long Island, an old salt named Roger Lindenwald.

“Captain Jolly Roger,” as he’s called, is an ex-swordfisherman who, when his long-liner docked here during Hugo in 1989, came on land and never left, in turn becoming a deeply knowledgeable and highly skilled local fisherman who runs an inshore-fishing charter. Just like how the Scotch-Irish settled in the familiar mountain landscape of the Appalachians, Jolly Roger found in Murrells Inlet a Southern version of where he grew up fishing in the Great South Bay.

I’ve learned many tangible things from Jolly Roger. He’s taught me how to fish, trap minnows, trap crabs, throw cast nets, harvest oysters, rake clams. He even taught me how to sew with a needle and thread, helping me fabricate a costume made entirely of creek things (oyster shells, horseshoe crabs, nets, dead fish) that won $1,500 as “Creek Man” in the Dead Dog Saloon Halloween contest.

But perhaps the thing I treasure most is all he’s taught me about storytelling. He has a way of telling a story that transcends the written word. His stories are adventurous, rip-roaringly funny, tragic, intense, detailed, full of sound effects—everything a good story should be.

And his stories of the sea don’t need any Creative Lies. They are the truth. I’ve seen the photographs; I’ve even researched the facts.

At times, his stories make me ponder the possibility of heading out to live a Jolly Roger-esque life of adventure at sea. That would have been one way to become a writer—to write about the wide world as I experienced it.

And I suppose I could have moved anywhere after graduate school, but something beyond me—something tidal—pulled me here. Whenever I think twice about the decision, which is rarely, I remember that people work their entire lives to get here. Indeed, I’m thankful to live in a place of retirees because, well, that means there are a lot of life stories to be told, stories from all over the country and world.

Now I’m very much anchored here. My wife and I were married at Atalaya Castle, we live on the creek front, and we feel overwhelmingly blessed to live in a place with so many watering holes. Some days we hop on the boat in the beautiful salt marsh, and on other days we head over to the beautiful, cypress-lined river. Some days we putter down the creek and stop in for a beer with Jolly Roger. Other days we sit up at our favorite bar and take in the breeze with a Red Stripe. If it all sounds a bit dream-like and summery, well, sometimes it is.

And yet we know the final truth: more people are coming. Who wouldn’t want to live here? Any kind of “Don’t Move to My Town” essay would be futile. So it’s best to remember that this place is fluid, and that fluidity is this place’s best quality.