Loved bloomed for this couple after they met in college 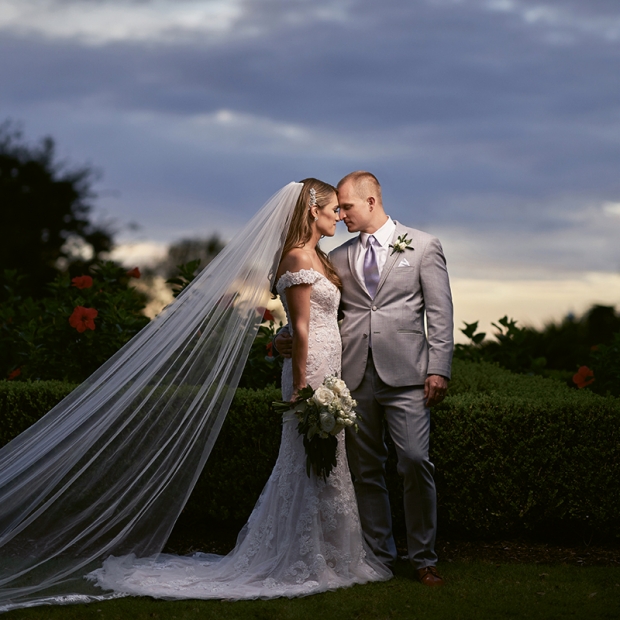 Laura and Robert met while attending Coastal Carolina University. After five years together, Robert decided to propose during the Fourth of July weekend at Laura’s family’s shore house. Plans were delayed by cancelled trains and traffic, but that didn’t stop him from popping the question right as they arrived (and in front of the security camera so the families could watch).

The October 20, 2018, wedding took place at 21 Main Events at North Beach. Laura wore a lace dress with hints of blush underneath by Casablanca, with the bridesmaids in lavender and the groomsmen in light grey. After being announced husband and wife, the pair danced down the aisle to “Let’s Get Loud” by Jennifer Lopez. The high energy dance floor was provided by Eyecon Entertainment, and the night even featured an appearance by Chauncey, the CCU mascot.