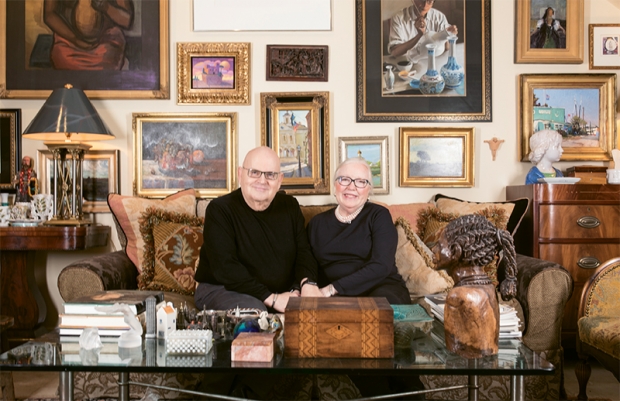 “This is our atelier.”

Jim Calk’s simple sentiment speaks volumes about his background and approach to art, music and life.

Calk and his wife, Betsy Havens, adopt docent roles as they offer a guided tour of their living space. The Georgetown residence, adjacent to the Rice Museum, is a mystifying and delightful blend of workshop, studio, library, museum and parlor. These artists live intentionally under the European artistic tradition, which blends studio work with regular study of pieces by the Old Masters and an emphasis on travel.

Calk and Havens lead distinct yet seamlessly blended artistic careers that include producing, teaching, exhibiting and selling their work on an international scale. They have private and corporate collectors in Europe, New York, South Africa, and throughout the United States, and both display work in Charleston at Hagan Fine Art Gallery and in Columbia at Havens Framemakers and Verve Interiors. The couple recently exhibited individual pieces at the Franklin G. Burroughs-Simeon B. Chapin Art Museum’s Grand Strand Collects show—in addition to submitting pieces from their personal collection—and participated in the Georgia O’Keefe Centennial Celebration at Columbia College with the exhibit Creative Couples, along with eight other artist couples, in spring 2016.

The Calk/Havens residence is loosely divided into two salons, back and front, each with a specific purpose and organization.

“From the front door to the fireplace, that’s our art collection,” explains Havens. “From the bookcase back is our work from different periods—that one is Jim’s from 10 years ago,” she says, gesturing, “then mine from six years ago…” She trails on, naming each piece.

Next is the dining room/library, which, along with the work studio, comprises the back salon. One prominent piece is the dictionary stand, laminated and hand carved, which holds a heavy book.

“Every day, we change the book; today it’s Matisse,” says Havens. “We select a page, and that’s our inspiration for the day.”

Havens motions to walls of volumes and speaks intimately about artisans ranging from contemporary interior designers and architects to 17th century painters and sculptors; each elicits equal enthusiasm and delight, with Havens discussing the artists’ works as if they were seated at the table.

Havens and Calk worked in separate businesses in Columbia for three decades before opening a studio together there in 1998. They married and sold the businesses in 2002, moving to Georgetown to devote themselves to art.

Havens, who grew up in Savannah, earned a bachelor of arts in design from the University of South Carolina and completed postgraduate work in the history of architecture and Southern literature. Havens’ work is largely figurative, representing scenes of people, as well as landscapes and architecture in New York, Charleston and Florence, Italy.

“Betsy has an innate sense of solitude in the presence of the masses,” said Karen Hewitt Hagan, artist and owner of Hagan Fine Art Gallery. “Her inspiration for the busy streets of large metropolitan cities very much captures the singularity of each person’s existence while showing the commonality of all in the bustle.”

Raised in Saluda, South Carolina, Calk was educated at Newberry College and has studied with master painters David A. Leffel and Charles Reid. He works in oil, producing expansive abstract landscapes that reflect his mastery of color and light. Also a classically trained pianist, Calk is the organist and choir director at Prince George Winyah Episcopal Church; he spontaneously performs on the grand piano in the back salon at Havens’ beckoning.

“Jim’s work captures a beautiful abstraction in nature that slows down time at its greatest moments—the trees bowing to the wind, the azaleas bursting into bloom all at once, the peak of high tide in the marshes,” said Allison Hull, director of Hagan Fine Art Gallery. “His use of color and impasto provides a wonderful balance of femininity and a masculinity.”

Standing in front of a canvas in his back studio with marsh light streaming through the windows, Calk picks up a brush as he discusses his work.

“I begin only with an idea of design,” he explains. “I have no colors in mind, I have nothing in mind. But if you will allow your soul to paint the painting, and if you will give your soul to the canvas, it will tell you what it needs. It will, literally—you and the canvas become one. If you don’t get that feeling, then you’re not really painting—or, I’m not really painting. Anyone can learn to do a pretty picture, but abstract that idea into something. It goes beyond the thought process of just putting the brush down and making the right marks.”

From the depths of their atelier, this Renaissance couple perpetuates the artistic tradition with knowledge, curiosity and respect for art and those who produce it. 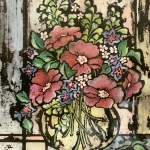 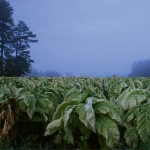