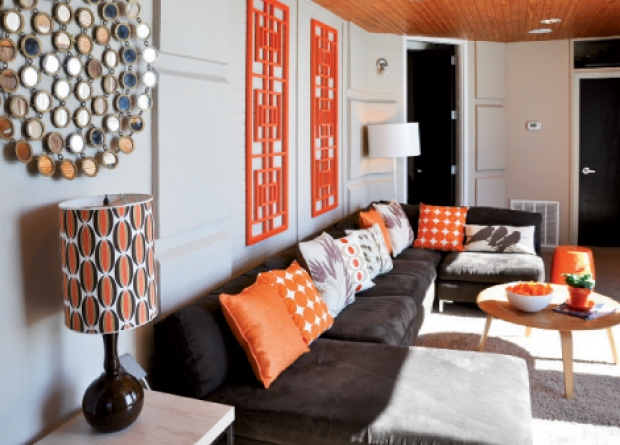 Tune into a volleyball match that has American Volleyball Pro Adam Roberts, and the announcers will likely divulge his rankings (at his best, fifth in the AVP pack but most often in the top fifty, and routinely the top or second-best East Coast player); his birthplace (High Point, North Carolina); his alma mater (Elon University); and two bonus bits sometimes tossed out to the viewing public: “the best dancer on the AVP circuit, and the mayor of Myrtle Beach!” Surely all that merits a little context, but let’s start with the latter two.

As for the dancing, Adam’s parents run Showstopper, a powerhouse of a dance-competition production company. His TV wardrobe stylist–turned–interior designer sister, Angel, of Charleston’s Roberts Erickson Designs, teaches hip-hop classes on the side. And both siblings grew up in the shadow of their mom’s dance studio. So no wonder the man’s got moves.

And about that mayor of Myrtle Beach part? Rest easy, John Rhodes. That’s just a shout-out to where Adam spends half the year, living in a tricked-out bachelor pad–cum–volleyball training facility adjoined to his parents’ house on the Atlantic. Outfitted for up to three fellow pro-tour pals to join him there, the ground-level digs—complete with waterfront pool, hot tub, volleyball court, and requisite parties—have something of an “MTV Spring Break party pad” rep, says Adam.

If this combo—a boogey-down and super-social East Coast volleyball pro in a Southern beach town—seems unlikely, well, it’s par for Adam’s course through life. As a Tarheel teen he was something of a track and cross-country stud, and was offered running scholarships to several Southern schools. Worn out on the sport, though, he opted for a basketball ride to Elon, where he played point guard and majored in business and econ. Come his sophomore summer, his mom suggested he and his sporting buddies spend their time off at the family’s then-small, patio-home getaway on the Grand Strand. Adam took her up on the offer, and, after quickly growing bored with beach-bumming it, turned to playing volleyball.

“When I went back to basketball that fall,” says Adam, “I was quicker and jumping higher. I thought it was a pretty good little cross-training thing I had going on. So the next summer I really started training hard, playing in volleyball tournaments, and doing jump training in the sand. When I went back to basketball again, I had increased my jump by eight inches. People asked what I had been doing and I said I’d been playing beach volleyball every day.” Still in school, and still playing basketball, he worked his way up the volleyball ranks in the Carolinas and graduated to bigger East Coast tournaments.

After getting his diploma, Adam had a few offers to play semi-pro basketball overseas (“some really small stuff,” he says), but volleyball had captured his attention, big-time. “So I put basketball on the back burner and tried to make the pro beach volleyball tour,” he says.

Explaining how he cracked into the sport, Adam says he’s never been the hungover volleyball dude type—a severe understatement. In college, he loved the intense schedule of sunrise workouts, class time, midday training, and evening b-ball scrimmaging on the court, with class-cramming in the library. When he turned his sights on volleyball—motivated in part because you only earn money if you’re winning and only “real” money if you go professional—he took to entering games right and left, taping every one of them to later study his personal pros and cons. He also tracked other, better players who matched him physically and studied what they were doing to best their competitors. By 1998, he had qualified as an AVP player.

It’s a great story, in part because Adam doesn’t take any of it for granted, and because in a sport where only the top, top players make the big bucks (endorsements aside, Adam says it’s along the lines of $500,000 for the world’s best, $100,000 for U.S. kingpins, and $30,000 for players like Adam), those who keep at it are engaged in a labor of love. Speaking of that, Adam points out that the sport has long been dominated by West Coasters who’ve played competitively “since they were nine years old, then throughout school, college, and on.” His hope? By welcoming out-of-town players to his Myrtle Beach home to train for days, weeks, months, or years, as it may be, some day the Grand Strand will host its own pro tournament and possibly turn out more interest—and support—in the region. The holdback now is playing space, he says, noting the pro folks have wanted to break into Myrtle Beach for ages. Aside from smaller tourneys such as those at Ocean Annie’s, there’s not been enough room. But who knows? Maybe the mayor—whichever one—will see to changing that.

In the meantime, Adam continues to spend February through October living part time in rented digs with other players in Los Angeles, laying out and spiking his way through games that hug the West Coast. Nearly every weekend, he travels to tournaments on his own dollar. The rest of the year he’s in Myrtle Beach, studying the game, working out, and pitching in with his parents’ business to round out his salary. “People—most often girlfriends—ask me how long I am going to keep on playing,” says Adam, grinning. “I tell them when I stop getting better.”