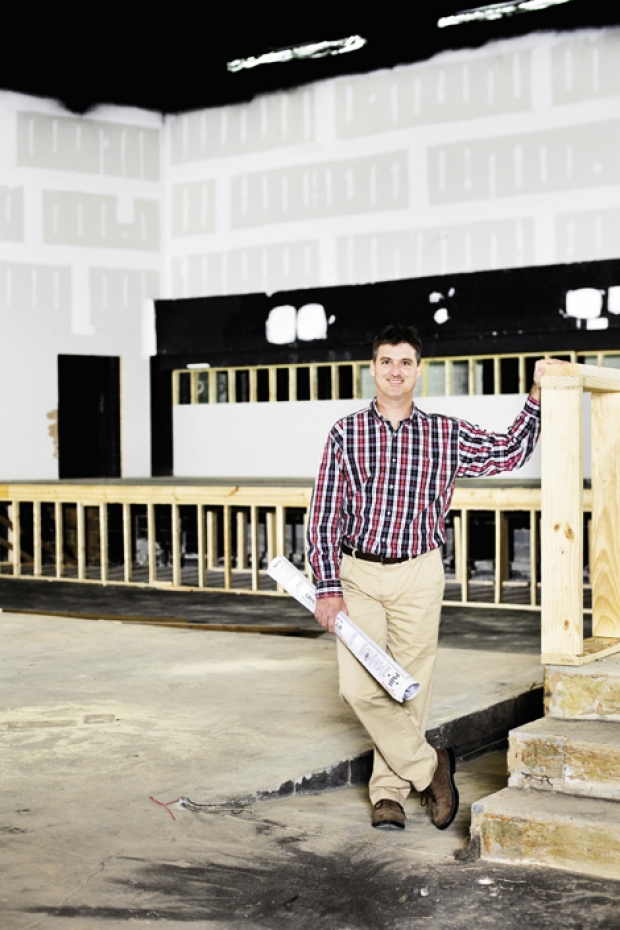 As a kid who benefited personally from his involvement with his local church youth group in Lincolnton, N.C., Scott Payseur says he knew he “felt called” to work with teens while still a teen himself. Nearly 30 years later, Payseur’s Ground Zero non-profit Christian youth ministry, based in Myrtle Beach, has already been a benefit to area teens, but the group is just getting warmed up.

His organization, which includes Payseur’s wife and co-founder, Kimberly Payseur, is renovating the massive 14,000-square-foot Rivoli Theatre in downtown Myrtle Beach. The group is gradually turning the theatre into an entertainment center and place for kids to congregate under the watchful eyes of trained volunteer counselors who know kids and what often troubles them. Payseur’s vision is to help teens and see an old landmark reborn in the “service to the gospel of Christ.”

Payseur’s background as a full-time youth pastor prepared him for a vision he’s had since he was a kid: to provide a safe, fun place for teens, Christian or not, to enjoy live contemporary Christian music, play video games, sip on gourmet coffee, and find a shoulder to lean on when adolescent angst bubbles up.

“I’ve just always felt led to minister to teens,” said Payseur. The organization took possession of the theatre in 2011 and began its work to revive the interior, which had been partially gutted decades earlier. They hope to be finished with a 21st century high-tech renovation by late summer and open in the fall of 2013. “[Ground Zero] will mainly be a concert venue,” said Payseur, “with all kinds of entertainment, not just music.”

“We’re not going to market ourselves as a Christian venue,” he said, “because we don’t want large groups of teens to feel like they can’t come or wouldn’t want to come. We’re not hiding the fact that we’re Christian or are ashamed of the gospel of Christ, but we’re a relational ministry.”

Ground Zero is hosting a free-to-attend Dragon Boat Festival April 27 at The Market Common, which will include Dragon Boat races and free concerts by pop group the Sidewalk Prophets and American Idol finalist Jason Castro. To learn more visit www.groundzeromb.com.